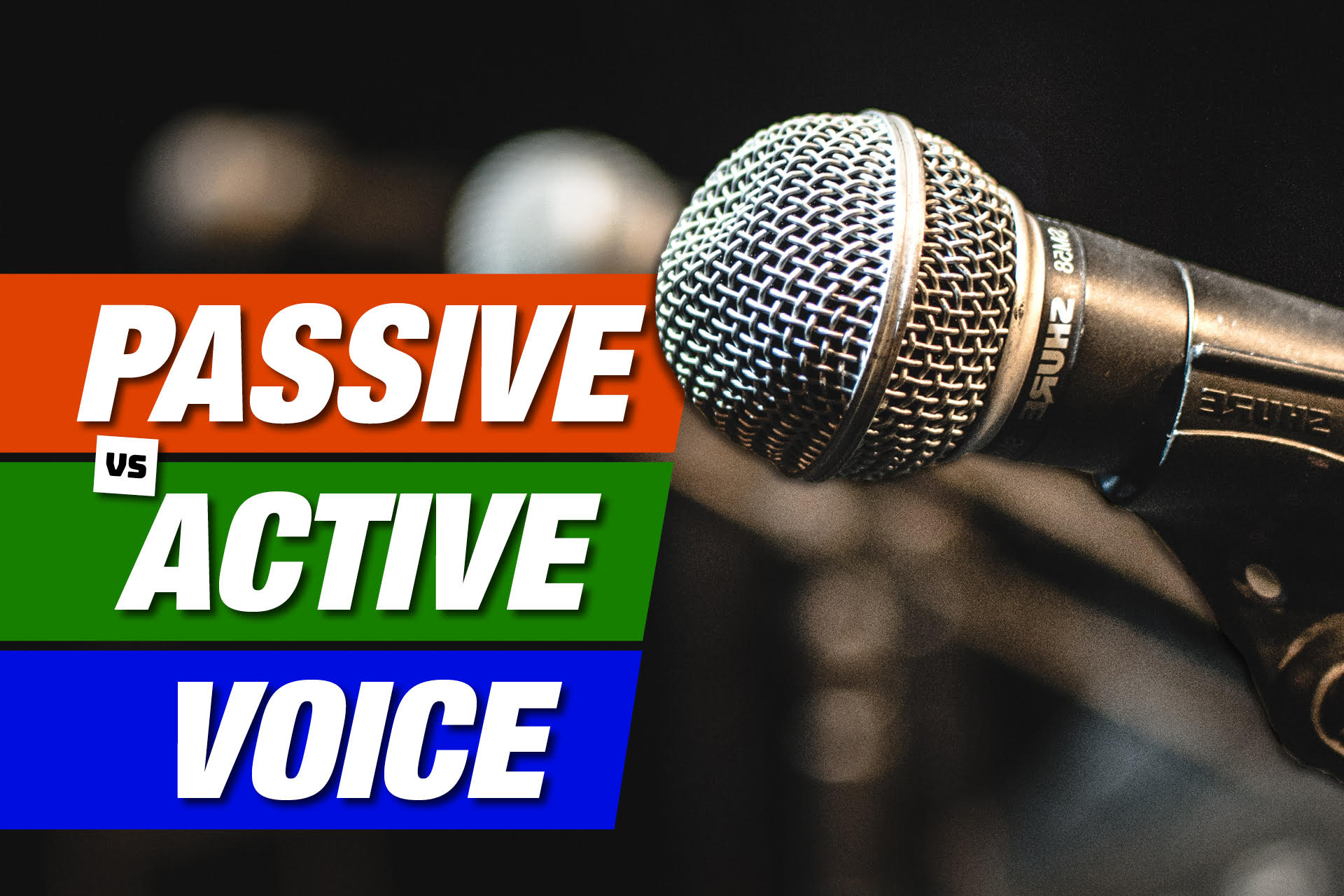 Active and passive voices in the news

The best news is about the action. You want to capture that in your writing and grab your audience’s attention. One of the ways is to choose the active voice.

Strong verbs are the best words to suggest action: run, jump, hit, accuse, save, build, explore, kick, ride, catch, etc. And verbs have two “voices”: the active and the passive.

In active voice: I wrote this mod.

In the passive voice: This mod was written by me.

They are both perfectly correct, grammatically, but the active voice is shorter, louder and more direct. It works much better in news reports. There are exceptions, which we’ll get to later, but in the vast majority of cases, the active voice gives impact and vitality to your story.

Here are two ways to write the same story:

Passive voice: After several months of better trading conditions, the annual staff bonus for the Fred Smith group of stores will be paid for the first time in four years.

The active voice is therefore an integral part of a journalist’s toolbox. This is the default way to write an interesting story. But the passive voice is not that bad! Sometimes it’s the right choice.

This is because the extremely important subject of the story is Prince Charles, not the lion, and you want his name to be at the beginning of the story. The passive voice serves best in this case.

Thus, the starting point for news writing is to favor the active voice – and to recognize the relatively rare occasions when it will be better to use the passive voice.

But there is another reason to understand the use of active and passive voices. They don’t just affect style and impact, they can also affect meaning.

People in the public eye, especially politicians, sometimes use the passive voice to obscure, confuse, and mislead.

The classic example is “mistakes were made”. From the politicians’ point of view, it is better than “I made mistakes”, because it creates uncertainty about what happened.

“I’ve made mistakes and I’m sorry” is a very different statement from “Mistakes were made and I regret them”.

In the latter case, the politician leaves open the possibility that the mistakes were made by someone else and his regret could easily be about someone else’s mistake. Because of the way he worded his statement, we can’t tell.

It’s the skillful use of the passive voice to escape responsibility.

Notice that when politicians describe their successes, they say, “We moved quickly to deal with the situation.” But when talking about things that went wrong, they use words like “it was considered that…”, or “it was deemed necessary…”, deviating from the decision-making process through the use of the passive voice .

I remember a womanizing politician being asked at his last marriage if he would now be a faithful husband. He replied, “When a man marries his mistress, a vacancy is created.”

He was saying, in effect, that he would continue to have extramarital affairs – but in his choice of the passive voice, “a vacancy is created”, he implied that an outside force was creating the new opportunities for infidelity that he would probably resume later.

Again, the passive voice suggests that the politician is an observer of what is happening, rather than the author of it.

So when quoting a public figure, be sure to point out any ambiguity created by their use of the passive voice.

You may also want to watch these thoughts on the use of the passive voice by David Poulson at Knight Center for Environmental Journalism.