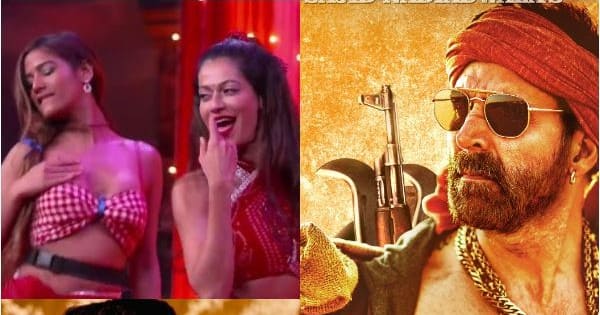 From Akshay Kumar, Kriti Sanon and Jacqueline Fernandez with Bachchhan Paandey to Payal Rohatgi and Poonam Pandey in Lock Upp; many movies, web series and celebrities have made headlines today thanks to their buzz in the OTT world. The weekend has arrived and in the Friday mood, you might have missed some important updates and news on what’s happening across multiple streaming platforms. But don’t worry, we’re here with the new OTT trends of the day. ALSO READ – Trending Hollywood News Today: BTS Member J-Hope Meets ‘Queen’ Lady Gaga; Kim Kardashian’s Son Saint Watches Advertisement About Her 2007 Sex Tape & More

Bachchhan Paandey starts streaming on Amazon Prime Video
Akshay Kumar, Kriti Sanon and Jacqueline Fernandez star Bachchhan Paandey which was released on March 18, 2022 had failed to make its mark at the box office. But, today the movie started streaming on Amazon Prime Video. So if you missed it in theaters, you can watch it on the OTT platform. Also Read – Ahead of KGF Chapter 2, Check Out Rocking Star Yash’s Biggest Box Office Hits – See Full List With Collections

Anupamaa – Namaste America: Sudhanshu Pandey alias Vanraj reveals the scenario of the prequel, “This is Anu’s dream…”
Everyone is excited about Anupamaa – Namaste America which will begin streaming on Disney+ Hotstar this month. The series will star Rupali Ganguly, Sudhanshu Pandey and others. Recently, Sudhanshu revealed the storyline of the series which takes place 17 years ago.
Read the full story here: https://www.bollywoodlife.com/tv/anupamaa-namaste-america-sudhanshu-pandey-aka-vanraj-reveals-the-storyline-of-the-prequel-its-about-anus-dream-entertainment-news- news-tv-2049937/

Anushka Sharma is proud of the Mai team
Anushka Sharma has stepped down as producer at her production house Clean Slate Filmz. But today she took to Instagram to promote the Mai series which has started streaming on Netflix. She shared, “Bingeing on this grit-girm-grievance story! Proud of you all.