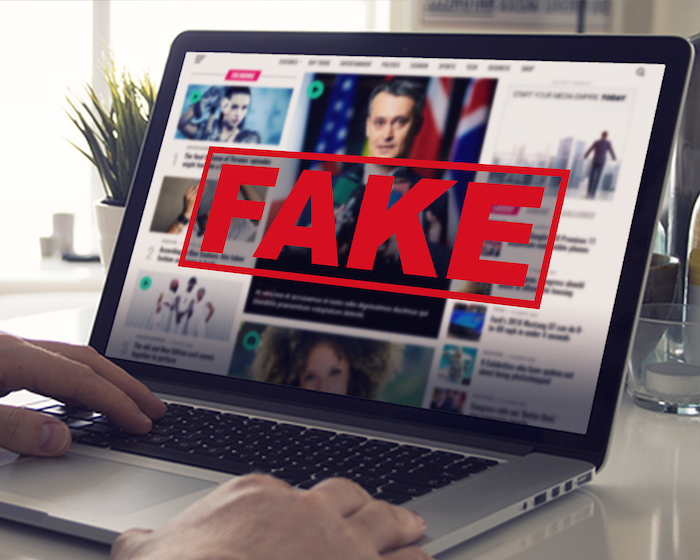 How to identify and deal with fake news

Fake news ain’t new, it’s been a long time around for thousands of years. Throughout history there have always been attempts to deceive and confuse the public and distract from the truth. However, in recent years misinformation has become much more prevalent and poses a direct challenge to honest and truthful reporting. So what should journalists do about it?

Annelie FrankFojo Fact-Checking Center Project Manager Faktajouren says many know about fake news, but few understand what it is.

“It’s not news, because the news tells us what really happened, even if mistakes are sometimes made. I don’t think many people fall in love with fake news on fake news sites these days. The public was made aware of the criticism of sources and the functioning of the media. The former US president practically kidnapped the term with his attacks on mainstream media. Fake news is not the big problem. But misinformation is a bigger threat. These kinds of stories contain a lot of truth. A government decision may be described correctly, but relevant information will be omitted and therefore the whole picture will be confused. »

We spoke to a range of experts involved in training journalists, and asked them how to spot and deal with fake news. Answers listed in alphabetical order.

“In 2021, the VJTC organized five training workshops for journalists on identifying and verifying fake news, disinformation and misinformation.

“Fake news often appears on social networks. They have catchy and often shocking headlines to grab attention. As a web surfer, I often read the information and then look at the link (URL).

“Misinformation often comes from fake news websites that are created to appear almost identical to the original websites.

“If in doubt, I check the date and event to see if the information is published on other newspapers or news sites. If the news is discussed by other sources, such as mainstream newspapers , there is a high chance that the news is true, however, for journalists, they should always verify information with sources to gather evidence to confirm that the news is accurate.

“I personally believe that there is no ‘fake news’. If the information is false, then it is not news.

“News, of course, should always be accurate, and if there is any uncertainty or controversy, it should be made clear.

“There are people who, knowingly or by mistake, create or transmit information that is not accurate, and this can more accurately be termed disinformation and misinformation.

“Look at the source. Is it an organization you trust? If the information comes to you through social media from a friend of a friend or someone you know vaguely, be especially suspicious.

“Does that sound believable? Are the cited sources recognized and traceable?

“Beware of opinions disguised as facts. Always ask what this person’s point of view is and ask if they are trying to back up an outrageous statement with partial or improbable facts.

“Journalists are the gatekeepers of information. We verify the validity of what we are told, then share it with the public once we are sure it is accurate, honest and truthful.

“Sometimes journalists fail in this regard, so information published by other media also needs to be tested.

“If you’re not sure the information is correct, don’t pass it on. Be subjective but don’t be obsessive.

“In your job as a newsgatherer, be sure to open your eyes and ears wide to try to include multiple perspectives. Don’t limit yourself to a personal echo chamber cut off from the real world and other points of view.

“Keep an open mind, listen to diverse opinions, and always check and double-check all information you come across before passing it on to those who look to you for reliable information.”

“Fake news is a phrase used to cover many different kinds of issues – and sometimes used to undermine legitimate journalism. which is deliberately erroneous and intended to mislead.

“The problem of misinformation is not going away. Disinformation tools are increasingly sophisticated. For example, artificial intelligence can now manipulate audio and video to make it look like people said things they didn’t.

“So how can you spot fake news? Ask some basic questions:

“When misinformation or misinformation is discovered, it must be corrected. But that alone may not be enough. Ultimately, serious journalists must commit to high standards of accuracy, fairness, provide evidence, report a range of opinions, and be open about their purpose and accountable if mistakes are made.Openness and transparency are the best ways to gain trust.