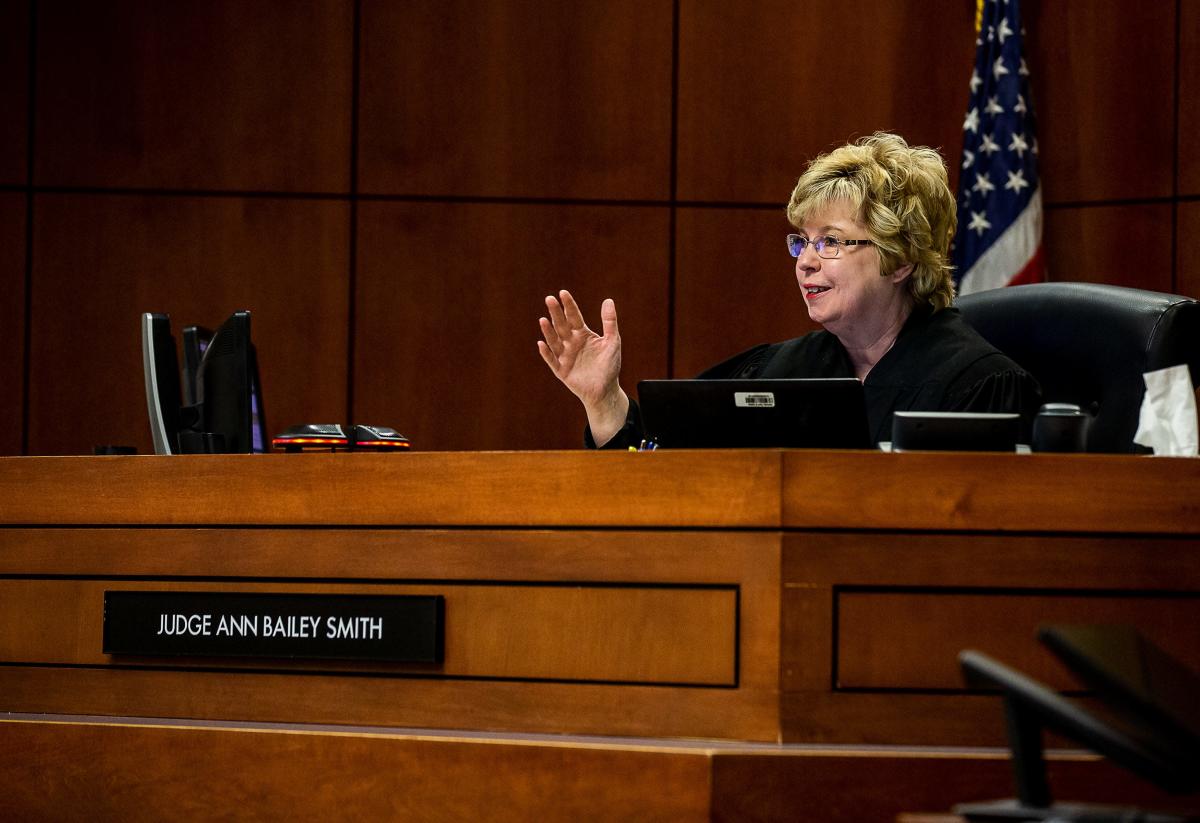 LOUISVILLE, Ky. — Efforts by former Louisville Metro Police Detective Brett Hankison to block the public and media from watching jurors’ questioning in his criminal case have been denied.

Circuit Judge Ann Bailey Smith ordered that individual jury questionings remain open, but no one watching the proceedings can take photos or video inside the courtroom.

“Jurors will individually take the witness stand and submit to questioning by counsel, a process that is inherently intimidating to a layperson,” she wrote in Thursday’s order. “The court believes that jurors are likely to be less intimidated by this process, and therefore more likely to be candid in their answers, if they know there is no possibility that the general public and media present at the proceedings have the ability to broadcast or otherwise record their testimony.”

However, the charges do not relate to the endangerment of Taylor, but rather to three of his neighbors in an adjacent unit pierced by some of his 10 punches.

The ex-detective pleaded not guilty.

The attorney general’s office, which is acting as special prosecutor in the case, opposed the effort, as did the Courier Journal, the Associated Press and WDRB Media.

Smith’s order follows a hearing into the matter on Wednesday morning.

Mathews said his goal was “not to start a war with the media.”

“On the contrary, my goal is to do everything in my power to ensure that Brett Hankison can be tried by a fair, impartial and impartial jury,” he said. “And I think this motion, maybe, will give you a tool to see, or to make sure that happens.”

Mathews reminded Smith that he filed for a change of venue last year for similar reasons: “the massive, prejudicial and inflammatory publicity of the incident itself, and then of the events that occurred by the suite” in Louisville.

Barbara Maines Whaley, a prosecutor for the attorney general’s office, argued that Smith had options that stop before shutting down the individual voir dire altogether, such as banning live streaming, providing audio-only access outside of the courtroom or provide news outlets with a DVD of the entire proceedings after the fact.

Michael Abate, the First Amendment lawyer representing The Courier Journal, AP and WDRB, said the US Supreme Court is clear that “the ground rule is that the questioning of individual jurors must be done in public, with the court controlling the process”.

Mathews said he’s also worried that potential jurors won’t be as forthcoming in their answers as lawyers would like with reporters present, and that they might fear their identities will be leaked.

Smith said she shared Mathews’ concerns about a “chilling effect on the candor of jurors,” especially as they are being questioned individually in front of reporters.

“It will be my job to try to ease their concerns and make them feel as comfortable as possible in this already uncomfortable setting so that they give us the answers to the questions we ask them,” he said. she declared. .

Taylor, a 26-year-old black woman and ER technician, was shot dead by LMPD officers as they attempted to execute a search warrant for drugs and cash in her apartment around 12:40 p.m.

Walker maintained he did not know they were officers on the other side of the door, but the officers insist they announced their presence. Walker was initially charged in the shooting, but the criminal case against him has since been permanently dismissed.

hankison was fired for his role in the June 2020 shooting. Then-Acting Chief Robert Schroeder accused Hankison of “indiscriminately” firing 10 rounds at Taylor’s apartment, calling his actions a “shock to conscience.”

Attorney General Daniel Cameron said Hankison’s bullets did not hit Taylor. The other two officers, who shot Taylor, do not face criminal charges as Cameron’s team concluded they were defending themselves.

Cosgrove was also fired from the LMPD in 2020 for filming. Mattingly retired last year.