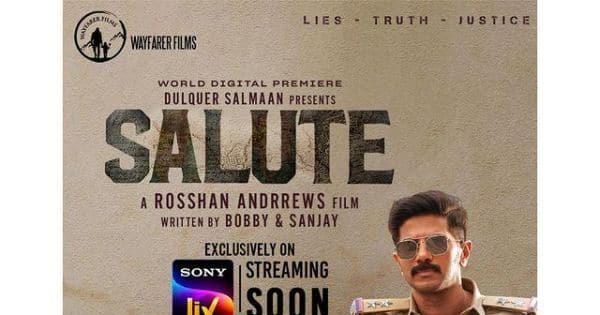 Netflix has temporarily suspended operations in Russia. It was in the aftermath of the Russian-Ukrainian war where troops marched to cities like Kiev and Kharkiv. Malayalam idol Dulquer Salmaan’s film Salute is coming straight to Sony LIV. It’s an investigative thriller. Sunny Leone in an exclusive chat said she was typecast throughout Bollywood. Here is an overview… ALSO READ – Sunny Leone OPENS UP on being pigeonholed: ‘Everything I’ve done in the past has led me to a show like Anamika’ [Exclusive]

Netflix suspends operations in Russia
In the aftermath of the Russian-Ukrainian conflict, Netflix decided to suspend its operations in Russia. The streaming platform took the plunge after a number of sanctions were imposed on the country. Russian troops invaded cities like Kharkiv and Kiev. There have been reports of how dangerously close Russia is to nuclear power plants in Ukraine. There’s huge discontent over Vladimir Putin’s invasion of Ukraine, and Netflix seems to have joined the movement for a while. Also Read – Karan Kundrra to Kangana Ranaut: Here’s How Much Lock Upp Host, Jailer and Contestants Are Paid for Ekta Kapoor’s Reality Show

Salute by Dulquer Salmaan coming to Sony LIV
Dulquer Salmaan’s Salute will be released direct to Sony LIV. It’s an investigative thriller. It also stars Diana Penty. The film is directed by Rosshan Andrews. The trailer was released in December 2021. Dulquer Salmaan wrote: “Lies. Truth. Justice. Aravind Karunakaran is here to fight his way to your heart! Released in theaters near you on January 14th! a film that I deeply love. And this trailer is an honest taste of the film. I hope you find the same love in it that I did when I first heard it. Who has grown with each day I spent on it. ALSO READ – Lock Upp: Karan Kundrra pockets THIS amount for his appearance as a jailer on the show – read the details [Exclusive]

Lock Upp: Poonam Pandey opens up about her suicidal tendencies
On Lock Upp, Poonam Pandey spoke in detail about the torture she endured at the hands of Sam Bombay. She said: “This prison, the food, my sleep, it’s a luxury for me. I was in a relationship for 4 years and those four years of my life I couldn’t sleep. I couldn’t eat I wouldn’t eat for days that’s why I crave vada pav I’d be beaten I’d be locked in one of my rooms My phone was broken so I couldn’t make calls. And next time, I’ll just feel like I should kill myself.”

Read more: Lock Upp: Poonam Pandey REVEALS she tried to kill herself multiple times; says ‘I suffered mental and physical abuse in my own home’

Sunny Leone opens up about her casting at Anamika
The actress gave an interview where she talked about being typecast. In her new project, Anamika, she plays the role of a superwoman who does a lot of action.

Read more: Sunny Leone OPENS UP on being typecast: ‘Everything I’ve done in the past has led me to a show like Anamika’ [Exclusive]