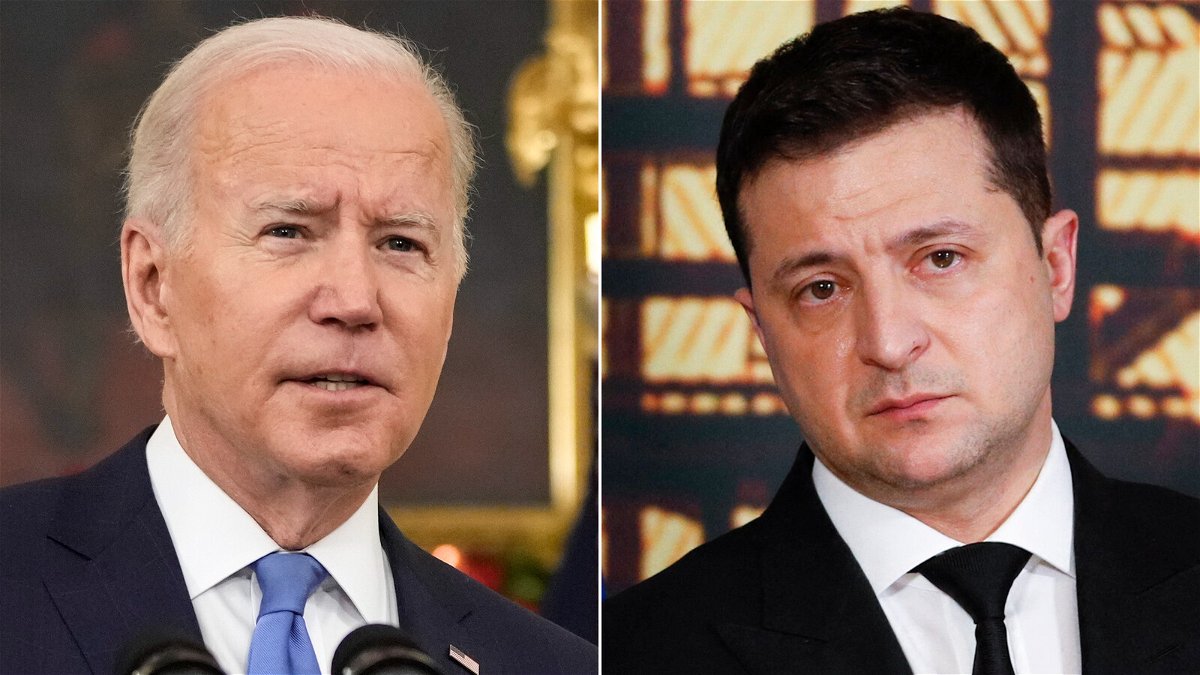 Biden and Ukrainian President Zelensky will speak on Sunday

President Joe Biden and Ukrainian President Volodymyr Zelensky are scheduled to speak at 10:45 a.m. ET on Sunday, the White House said, amid US warnings that a Russian invasion of Ukraine could occur as early as this week.

Biden and Zelensky last spoke to each other last month and it “didn’t go well,” a senior Ukrainian official told CNN at the time, amid disagreements over “risk levels” of a Russian attack.

Zelensky’s call comes a day after Biden warned Russian President Vladimir Putin during a call that the United States and its allies would respond ‘decisively and impose swift and severe costs’ on Russia if Putin decides to invade Ukraine.

On Sunday, Biden’s national security adviser Jake Sullivan issued a stern warning that the United States believed Russia could launch an invasion of Ukraine this week, but still held out hope that diplomacy could prevail. Sullivan told CNN’s Jake Tapper on ‘State of the Union’ that Russian forces were in a location where an invasion could take place before the end of the Beijing Winter Olympics, which end on May 20. February.

The United States has estimated that Russia has more than 100,000 troops near the Ukrainian border, adding thousands this week, according to an administration official. On Saturday, the United States had moved some of its forces out of Ukraine and on Saturday ordered the evacuation of most embassy staff as fears mounted over a possible Russian invasion.

Sullivan said the U.S. Embassy in Ukraine was “ready to complete the withdrawal…should it become necessary.”

This story has been updated with additional information.