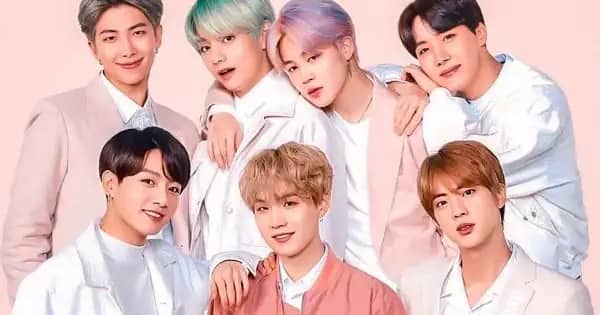 We’re back with your daily dose of Hollywood news. Among the top reporters of the day, we have K-pop boy group BTS. Their Permission To Dance On Stage – Seoul concert took social media by storm. Fans can’t help but praise the members of BTS for putting on a great show. Another big news is about rapper Ye, officially known as Kanye West. He’s going to be on Kim Kardashian’s The Kardashians show. Singer Cardi B has shared her baby boy’s first look. Jason Momoa’s Aquaman movie has a new release date. Scroll for full updates. Also Read – BTS Permission to Dance on Stage Concert: Jungkook Performs His ICONIC Move “Shirt Lift” to Fake Love; ARMY going crazy

BTS Performs Hit Show At Permission To Dance On Stage Seoul Concert
After a long hiatus due to the Coronavirus, BTS finally had their first live concert in Seoul. The show was also streamed on many platforms. From all the buzz on Twitter, it’s safe to say the concert was a hit. From Jimin’s see-through t-shirt to Kim Taehyung’s cuteness, the members of BTS managed to win hearts. Also Read – BTS Permission To Dance On Stage Seoul: ARMY Trends ‘STAGE GENIUS V’ As Kim Taehyung Impress With Kindness And Dance Moves

Aquaman gets a new release date
Jason Mamoa’s Aquaman movie has been pushed back to 2023. The movie has suffered production delays due to the Coronavirus, so it won’t hit theaters this year. It will be released in March next year. DC movies like The Flash, Black Adam and more have also been delayed. ALSO READ – BTS Permission to Dance on Stage: No Clapping, Shouting, Singing, and Other ARMY Restrictions

Kanye West will be part of the Kardashians
Kim Kardashian recently confirmed that her ex-husband Kanye West will be on her show The Kardashians. She told US Weekly, “I don’t think I would ever criticize the father of my kids on my TV show. That’s just not what I want to say, and I just don’t think it’s going to bother me. would never feel good. I’m always very respectful of what the children will see. The reality is that we are still a family.

Cardi B teases fans with first glimpse of her baby boy
On Twitter, Cardi B shared a photo of her little one. However, she teased fans by only sharing a photo of her eye. She captioned it, “That’s all you’ll get.”

2022-03-10
Previous Post: Active and passive voices in the news
Next Post: County projects $6 million shortfall in cannabis revenue for 2021-22