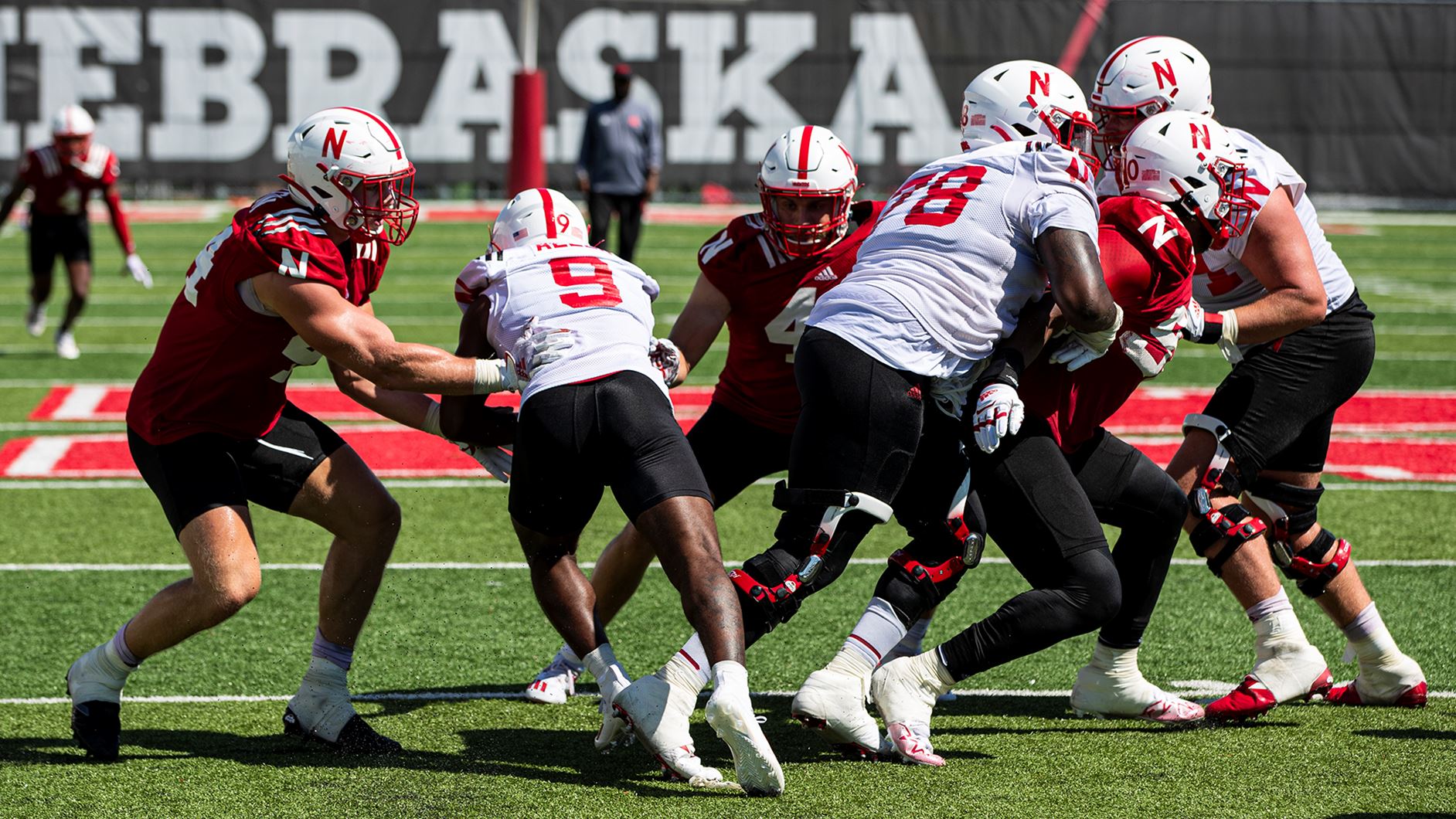 Nebraska defensive coordinator Erik Chander meets with members of the media after day three of fall camp on Friday. Chander talked about practice Friday and what he asks of the defense.

“I don’t think there were things we asked them to do differently,” Chinander said. “I also feel good that these guys rushed in the spring with the addition of Ochaun (Mathis), we can do different things on maybe the third down and the second and long. But I have asked these guys the whole group and the defensive line is a huge part of it we need to do what we did last year and for us to really take another step we need to get a few more sacks and get a few more turnovers. I’d like a lot more and a lot more, but if we can get another bag a game, another turnover a game. And I think we’ve done a good job to intercept the ball last year. We didn’t get enough punches and enough fumble recoveries, so we’re really focusing on that as we start fall camp.”

Chander continued to talk about the depth of the defensive line.

“Stephon (Wynn Jr.) did some great things today,” he said. “Nash (Hutchmacher) did a really good job. Colton Feist did a really good job on the inside. Mosai Newsom is coming. As soon as we can make sure we’ve got all of our crossed Ts and Is dotted with Devin Drew, we’ll get him here as soon as possible and get him caught up quickly. We expect a lot from him too.

He also commented on Caleb Tannor’s development and peak position.

“Last year at camp I think we got a glimpse of what (Caleb Tannor) could be, and I think in the spring and fall we saw what we’ve been expecting since all this time,” Chinander said. “I think he’s developed as a really good player and doing a lot of really good things at the moment. Great effort. Great enthusiasm. Becoming a leader and it’s huge to have him back obviously Garrett (Nelson) is back We have an addition of Ochaun (Mathis) and we have young guys Blaise (Gunnerson) and Jimari (Butler) growing up so I feel really good in this rotation with some freshmen year at the moment. the year has been very important for our team.”

“I think the whole back end, you name a position, safety, nickel, corner, there’s great competition everywhere,” he said. “We have very, very competent bodies everywhere. Guys who are going to compete. I think it will probably be very difficult for Coach Fisher and myself to choose this starting four or five. The good news is that we have guys where I feel like we can turn more on safety, which we haven’t always been able to do. We can turn the corner a bit or put in a third corner if necessary. But, that being said, when we we get to the fray, and we actually have to go after people, it will kind of separate the men from the boys.”

The Huskers will take their first day off from fall camp on Saturday before returning to the practice field Sunday morning. Nebraska kicks off its season Saturday, August 27 against Northwestern in Dublin, Ireland at 11:30 a.m. (CT) on FOX.