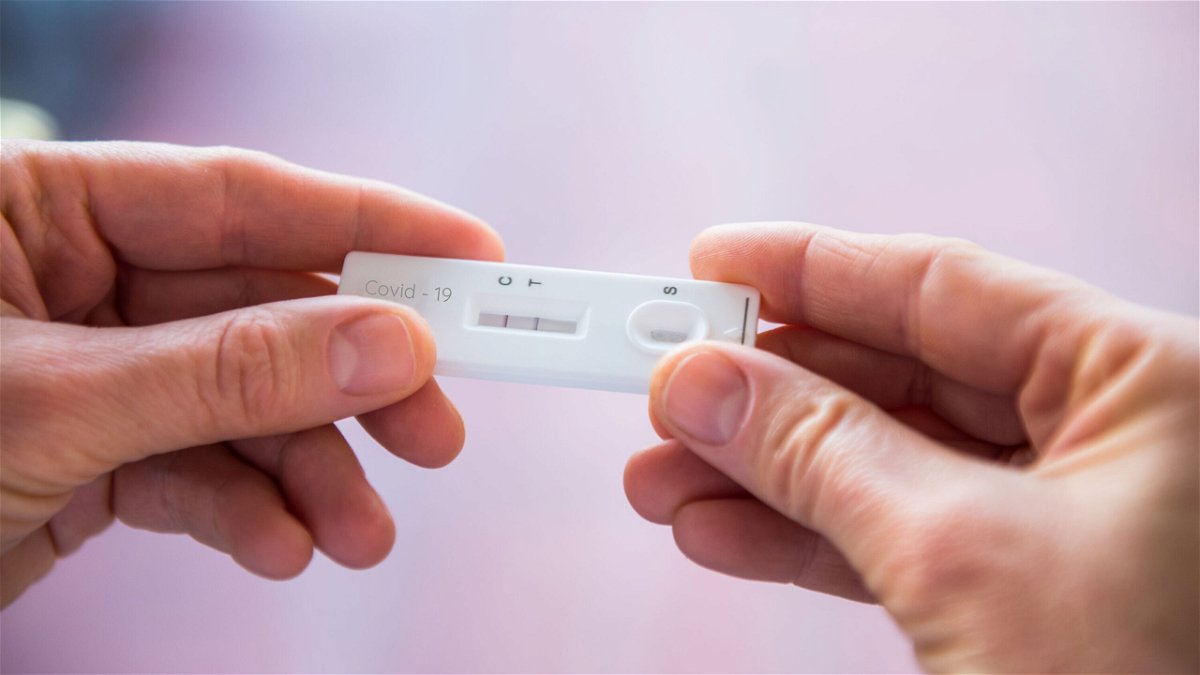 The pink line on Erin Blakeney’s first positive Covid-19 test was so slight she almost couldn’t believe it, but there’s no denying the fever and sore throat that developed overnight, a few just days after she and her husband attended a large memorial service in late March. The couple wore KN95 masks, but not many others were present, even though the service lasted 90 minutes.

Blakeney, a 43-year-old researcher at the University of Washington’s School of Nursing, is a breast cancer survivor. The Seattle resident says she doesn’t meet any strict definition of being immunocompromised, which can increase a person’s risk of Covid-19. But she didn’t want to take any risks, as she takes medication to prevent a recurrence of the cancer and she lost a family member to Covid-19 in November 2020.

So when she tested positive on April 3, she contacted a doctor during a telemedicine visit and got a prescription for a Covid-19 antiviral drug, Paxlovid.

Blakeney knew that for Paxlovid to be effective, she had to take it early, a few days after symptoms appeared. That’s what she and her husband did. They did not get very sick and continued to improve until the end of their five days of treatment.

She completed treatment on a Thursday and tested negative the following day. She thought she was done with the Covid-19, at least for a few months.

But on Monday, she was starting to get congested again. When she woke up on Tuesday April 12, she realized that she was really sick. Her husband was too.

“We both had rapid tests, and we were both very positive again, and we were like, ‘Oh my God, what just happened? We never heard of that,” Blakeney says.

Dr. Michael Charness, a neurologist who practices at Brigham and Women’s Hospital in Boston and the VA Boston Healthcare System, hadn’t heard of it either until he saw it with his own eyes.

His patient was a 71-year-old man with asthma who started taking Paxlovid on the first day he had symptoms due to his age and underlying medical condition.

The medicine worked quickly. By the second day, his patient’s symptoms were almost completely gone. His patient finished the pills after five days and was negative on home tests on day seven. On the ninth day after his first positive test, the man’s symptoms – including a runny nose, sore throat and wheezing – returned. He again tested positive.

“At the moment, I would say it’s just a bit of a mystery,” Charness said. “There are many potential explanations for what is happening. This is just speculation, and it needs to be researched much better.

Paxlovid, made by Pfizer, is a combination of two antiviral drugs. The US Food and Drug Administration cleared it for emergency use in December, after a clinical trial found a five-day course reduced the risk of being hospitalized or dying by 88% in unvaccinated people at high risk of serious consequences from a Covid-19 infection.

Many medical professionals hailed Paxlovid as a game-changer because it was so effective and convenient and had the potential to keep people out of hospital.

Last week, in its very first tweet, Charness detailed the rebound of his patient’s Covid-19 infection after Paxlovid. His colleagues urged him to take to social media after seeing other reports of Covid relapsing in patients taking the drug.

His patient, who was fully vaccinated and boosted and in good general health, was tested for Covid-19 several times throughout his treatment and then soon after his symptoms returned.

Charness and his colleagues have sequenced the human coronavirus genome. It was the same throughout the infection, so it wasn’t a reinfection. And they didn’t find any mutations that had suddenly developed, so the virus hadn’t suddenly changed to develop resistance to the drug. They also searched for 21 other respiratory pathogens that could make humans sick and found nothing.

Charness says he doesn’t want his case to scare anyone away from taking Paxlovid, which has been shown to be extremely effective in preventing mild cases of Covid from becoming more serious or even fatal.

The FDA noted these rebound cases in its own analysis of clinical trial data. The phenomenon has been found in a small percentage of cases approximately 10-14 days after starting Paxlovid. It is unclear how common these may be. A clinical trial of the drug is still ongoing.

In a statement to CNN about the potential for rebound after taking the drug, Pfizer said that in the clinical trial, a small number of patients in both the placebo pill group and the Paxlovid group experienced higher viral loads 10-14 days after onset. treatment in relation to their viral load on day 5. Because investigators noted this phenomenon in both groups, the company does not believe it is drug-related. They also saw no link between the patients’ viral loads and later serious illness.

“We remain confident in its clinical efficacy to prevent serious consequences of Covid-19 in high-risk patients,” the company said in a statement.

Charness said the possibility that patients can bounce back regardless of treatment is exciting, and he hopes Pfizer will release data from its clinical trial so doctors can better understand what’s going on in these cases.

Charness and his colleague, Dr. Paul Sax, an infectious disease physician at Brigham and Women’s Hospital, say it’s important to understand why and how often the infection comes back.

“Now that we know what is happening, we need to include it in our messages to people that it could happen, and my own opinion is that people should stay away from others while they test positive,” Sax said.

The US Centers for Disease Control and Prevention says people who have had Covid-19 can resume regular activities after five days as long as they haven’t had a fever for 24 hours and their symptoms improve. . The agency does not recommend that a person wait to resume activities until they test negative on a rapid test, although some experts say rapid home tests are useful for knowing when you can still transmit the virus. viruses to others.

Sax says if people test positive after Paxlovid, doctors and patients need to know if they’re actually infectious, and that’s unclear at this time.

He thinks it would also be useful to know if people who rebound can get a second treatment because they are outside the initial window of symptoms.

Researchers and doctors are still learning how Paxlovid works. For months, most people’s main concern has been how to find it. Patients and doctors scoured the internet for pharmacies that stocked the pills.

These issues prompted the US government to launch a test-to-treat program, setting up one-stop shops like pharmacies where people could be tested for Covid-19, get an antiviral prescription at an urgent care clinic in store and get that prescription filled in the same store, which makes the process much more convenient.

This week, the Biden administration announced that supplies are no longer constrained and that it is taking new steps to increase drug use.

A new look at the pandemic

Many people who have a rebound infection say their symptoms tend to be mild the second time around.

But Blakeney was much sicker when his symptoms returned. She had a high fever, rapid heartbeat and a “really awful” cough. She says her breathing was very wheezy.

“I ended up going to the ER,” she said. Her case baffled ER doctors, who wondered how this could happen after Paxlovid.

“They were like, ‘we’ve never heard of that,'” Blakeney said.

After running tests to make sure she didn’t have blood clots or pneumonia, they prescribed her an inhaled medicine called albuterol to help her lungs and an antibiotic to treat what they thought was a bacterial infection. secondary.

Blakeney improved after taking these drugs. She is now largely recovered, although her cough has persisted.

She says the experience got her thinking about how we navigate the pandemic.

“If we live in a world where we don’t have mask mandates, should we be getting people tested to get out of isolation? I think so, ”she said. “Or should we do something like the food safety guides they have in restaurants, where it’s like ‘this place has good air circulation and follows best practices to create as safe an environment as possible. ”? So I think that raises a lot of questions.

“It was a surprising experience. It was not as expected.”