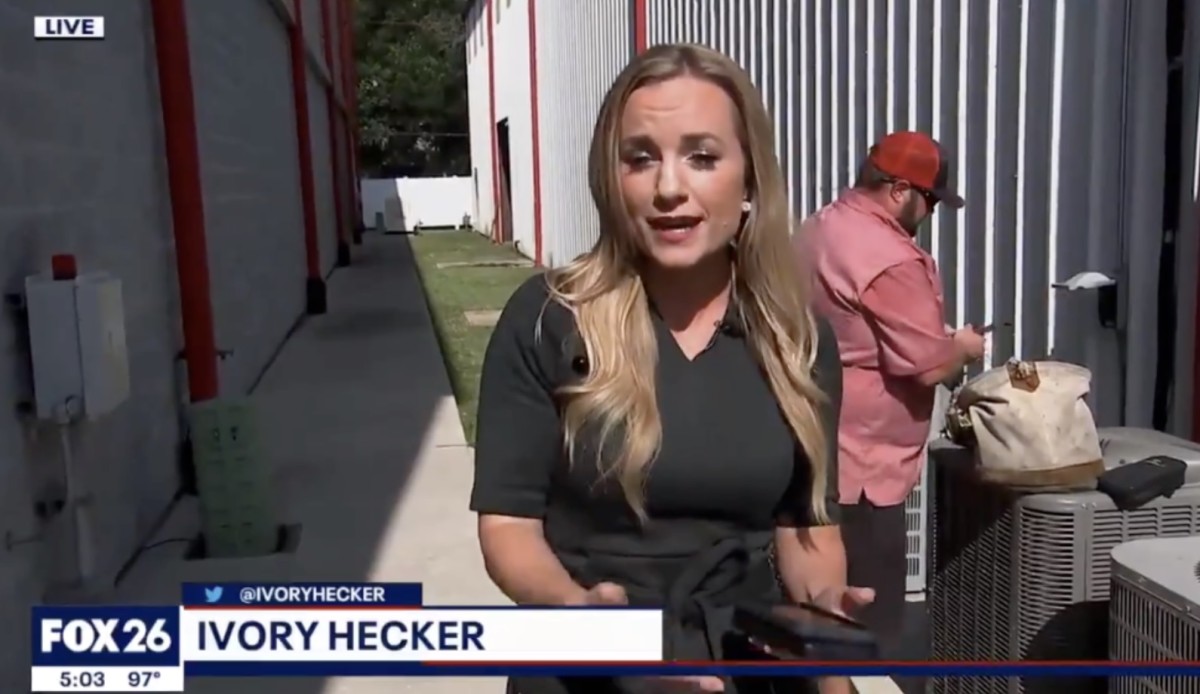 Ivory Hecker – the former KARE 11 reporter who went viral for claiming on a live local news show that Fox Corp. the “muzzled” – was fired.

The Wisconsin native confirmed both the daily beast and the Houston Chronicle that her employer, FOX 26 in Houston, let her go. The dismissal comes after Hecker, rather than providing the local weather update as she was supposed to, used her live time to claim that Fox Corp. “muzzled” her to “keep certain information” from viewers.

And as promised, on Tuesday night she released via Project Veritas a behind-the-scenes video she recorded to make her point.

Hecker, it turns out, was largely bothered by two things.

First, FOX 26 Deputy News Director Lee Meier often decided not to make a fuss about Bitcoin during the 5 p.m. newscast. This “editorial choice”, Meier said, was because viewership numbers suggested it did not appeal to the local news station’s audience.

“Bitcoin for a poor five-year-old African-American audience is probably not going to play,” Meier says on the video.

Hecker’s second gripe involved being told to stop posting about hydroxychloroquine. It’s the antimalarial and immunosuppressive drug touted by then-President Donald Trump and others as a COVID-19 treatment, despite the FDA revoke the emergency authorization for its use in such situations, and studies when showing no clinical benefit for its use in the treatment of COVID-19.

Hecker in August 2020 shared a video clip of an interview with a doctor saying he had used hydroxychloroquine in combination with other drugs to treat COVID, and had seen some patients have success.

In Hecker’s conversation with station management, she also brought up a doctor who promoted hydroxychloroquine as effective. The same doctor said alien DNA is used in medical treatments and claimed that some “gynecological problems” are caused by demonic “spirit husbands” having sex with women while they sleep.

“You must cease and desist from posting about hydroxychloroquine,” FOX 26’s news director told Hecker.

The former FOX 26 reporter isn’t backing down, tweeting Wednesday morning, “It’s not right to bully a reporter into not covering a newsworthy story. It’s not right to pressure on a journalist to ask people questions. I’m already hearing from several television journalists wanting to speak” [sic].

FOX 26, in a statement to Bring Me The News, said:

“FOX 26 adheres to the highest editorial standards for accuracy and fairness. This incident involves nothing more than a disgruntled former employee seeking publicity by promoting a false narrative produced by selective editing and misrepresentation.”