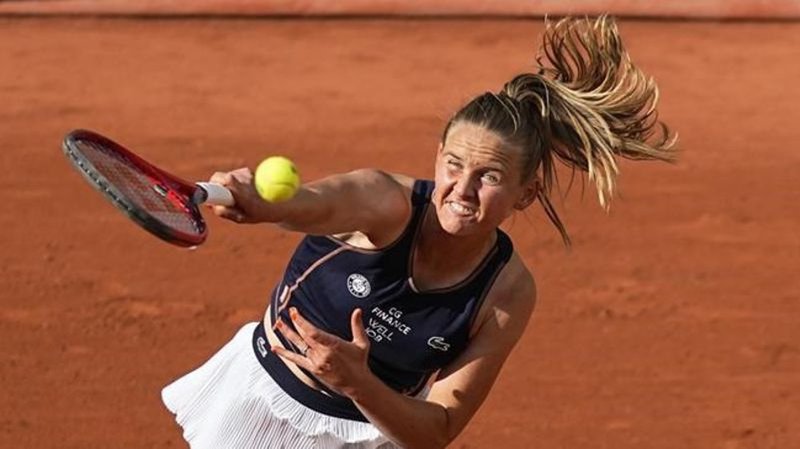 “I have full confidence in my country’s justice system and I confirm that I do not wish to make any further statement on the criminal investigation,” Ferro said.

The Associated Press generally does not identify people who say they have been sexually assaulted unless they come forward publicly, which Ferro did.

Ferro is the latest tennis player to draw attention to the issue of protecting athletes from predatory coaches.

“We commend Fiona for having the courage to come forward with these allegations. We are pleased to see a full investigation and ongoing legal proceedings,” a WTA spokesperson said via emailed statement on Saturday. The WTA is committed to ensuring a safe environment throughout our tour. Safeguarding requires vigilance, and we continue to invest in education, training and resources to enhance our efforts.

After winning her third-round match at the US Open on Saturday, two-time Australian Open champion Viktoria Azarenka has been questioned about the manipulation and exploitation of young players by coaches.

She said the WTA Players Council, of which she is a member, is considering saving a “No. 1 topic…because we see these vulnerable young women who (are) taken advantage of in different situations.

Mentioning Ferro, Azarenka said: “I applaud her for her courage. I hope this situation, she will come out of it stronger and that tennis is not ruined for her because of it. That’s , I think, a very, very heavy topic, but it’s the topic that needs to come out more.

In March, a tennis player held a press conference after she sued the US Tennis Association, claiming the governing body had failed to protect her from a coach who she said sexually assaulted her in the gym. one of his training centers at the age of 19.

Kylie McKenzie says trainer Anibal Aranda touched her inappropriately at the USTA training facility in Orlando, Florida, according to a lawsuit filed in federal court in central Florida. The lawsuit says Aranda, who was employed by the USTA for about seven years and then fired, used his position as a USTA coach to gain access to vulnerable female athletes.

In April, former tennis player Pam Shriver, now a TV commentator, revealed in a first-person account published by British newspaper The Telegraph that she “had an inappropriate and damaging relationship with my much more aged” which started when she was 17 and he was 50.

After Ferro’s indictment was announced, Shriver tweeted, “Sending my best support to Fiona Ferro. The best way to improve protection is to tell our stories. »

Ferro has two career titles and reached the fourth round of the 2020 French Open for the best Grand Slam performance of his career. She is currently ranked 259th.

“We would like to express our support for Fiona Ferro, respecting the presumption of innocence, at a time which we know is particularly difficult for her”, declared Gilles Moretton, president of the French federation. “The FFT’s sports integrity unit is currently supporting him and we will do everything to help him rebuild his life.”

More AP coverage of US Open tennis: https://apnews.com/hub/us-open-tennis-championships and https://twitter.com/AP_Sports