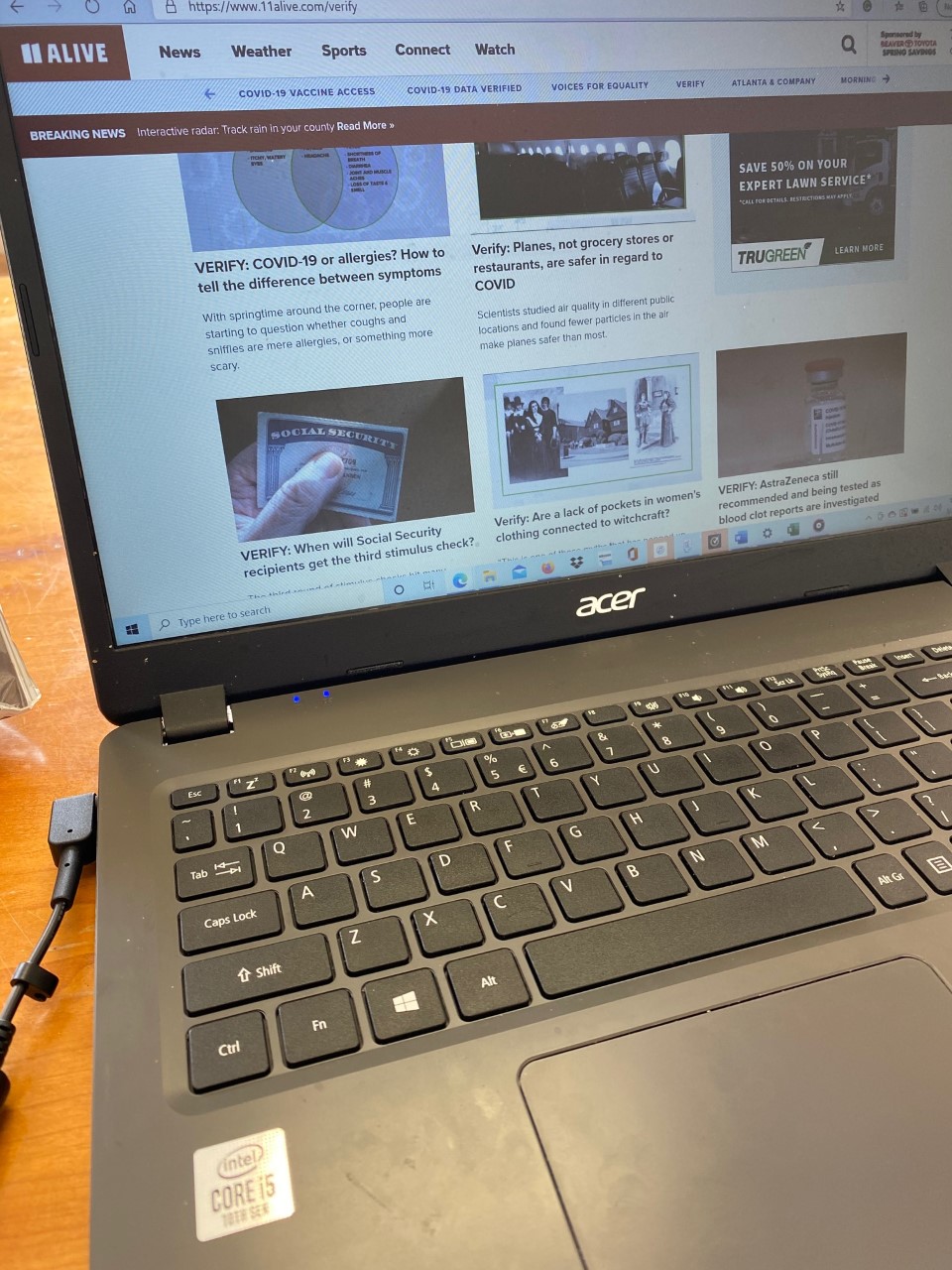 11Alive is a Georgia news station that is helping Georgia residents get accurate information. Based in Atlanta, Georgia, they are a part of the media company TEGNA Inc.

Why It’s Newsworthy: “Over half of the American population consistently endorse some kind of conspiratorial narrative,” according to a study by the American Journal of Political Science.

11Alive developed a fact-checking feature similar to what can be found on websites like factcheck.org and Snopes. This feature is called “Verify,” where viewers can request any piece of information to be debunked or verified.

“This [idea] came during a brainstorming session with a group of people at TEGNA. There are so many rumors and so many things going around that it really needs to be addressed,” said Lindsey Basye, producer of 11Alive Digital Investigative.

However, newsrooms like 11Alive need to establish a certain level of trust with the public when they To verify Where demystify information. According to a Gallup Poll 2020, only 40% of Americans have “a lot/somewhat confidence in the media”. Due to a significant distrust of the media, 11Alive explains the vetting process and all sources cited in every post to their viewers.

“[Transparency] is a big part of our brand. We will try to find the answer, but we may not be able to get it…but we will try and we will keep trying until we can figure it out,” Basye said.

When a request is made on Verify, it is determined by Lindsey Bayse to see if the proposed question can be answered accurately.

“I go through some of [the questions], and there is plenty of ventilation. There is no question. So those kinds of things that we don’t answer. We try to answer almost all of them, but some of them are not productive,” Basye said.

Once a response is deemed “practical”, a 13-member team of reporters, editors, producers, and executive producers begins to investigate. The Verify team uses a multitude of experts and sources to verify the facts.

“We don’t talk about our point of view; we are talking about experts,” Basye said. “We are really just a vessel for the information to get to you.”

However, just because a piece of information is claimed to be “verified” does not mean that it will be accepted by the public. Lynn Walsh is Emmy-winning journalist and associate director of trust the news. She highlighted the idea that in some cases fact-checking can potentially have the opposite effect of informing the public.

“If the fact-check comes from a source or news outlet that someone already doesn’t trust or question; then they probably won’t trust that fact-check,” Walsh said. “And in some cases it actually takes that person away from the truth.”

One of the main problems with misinformation is the speed at which it spreads. “Fake news was 70% more likely to be retweeted than real stories” and “real stories took about six times longer to reach 1,500 people,” according to a study published in the American Association for the Advancement of Science.

To combat this, Verify has implemented a strategy to gain maximum visibility when a verification article is published. They use Google Analytics to understand how people ask a particular question and the verbiage used. Then they put it in search engine optimization (SEO) to gain traction on Google for their verification posts.

“I would say we get a few thousand [views]”, Basye said. “A lot of these stories are picked up at different times.

Verify can help Georgia residents access reliable data. As the United States continues to live in a pandemic that has killed more than 500,000 people, it is crucial to have access to accurate information.

” I do not think so [fact-checking] would eliminate [disinformation]. People have always been curious or skeptical about things, and you have these theories popping up,” Walsh said. “I think some of that would still exist because people shared it or just believed in it, and then they kind of got sucked in with some of that, okay, because of social media.”

Although 11Alive’s Verify may not be the cure for misinformation; it is a step in the right direction to help Georgians access accurate information.

Trey Young has a journalism degree from the Grady College of Journalism and Mass Communication at the University of Georgia.