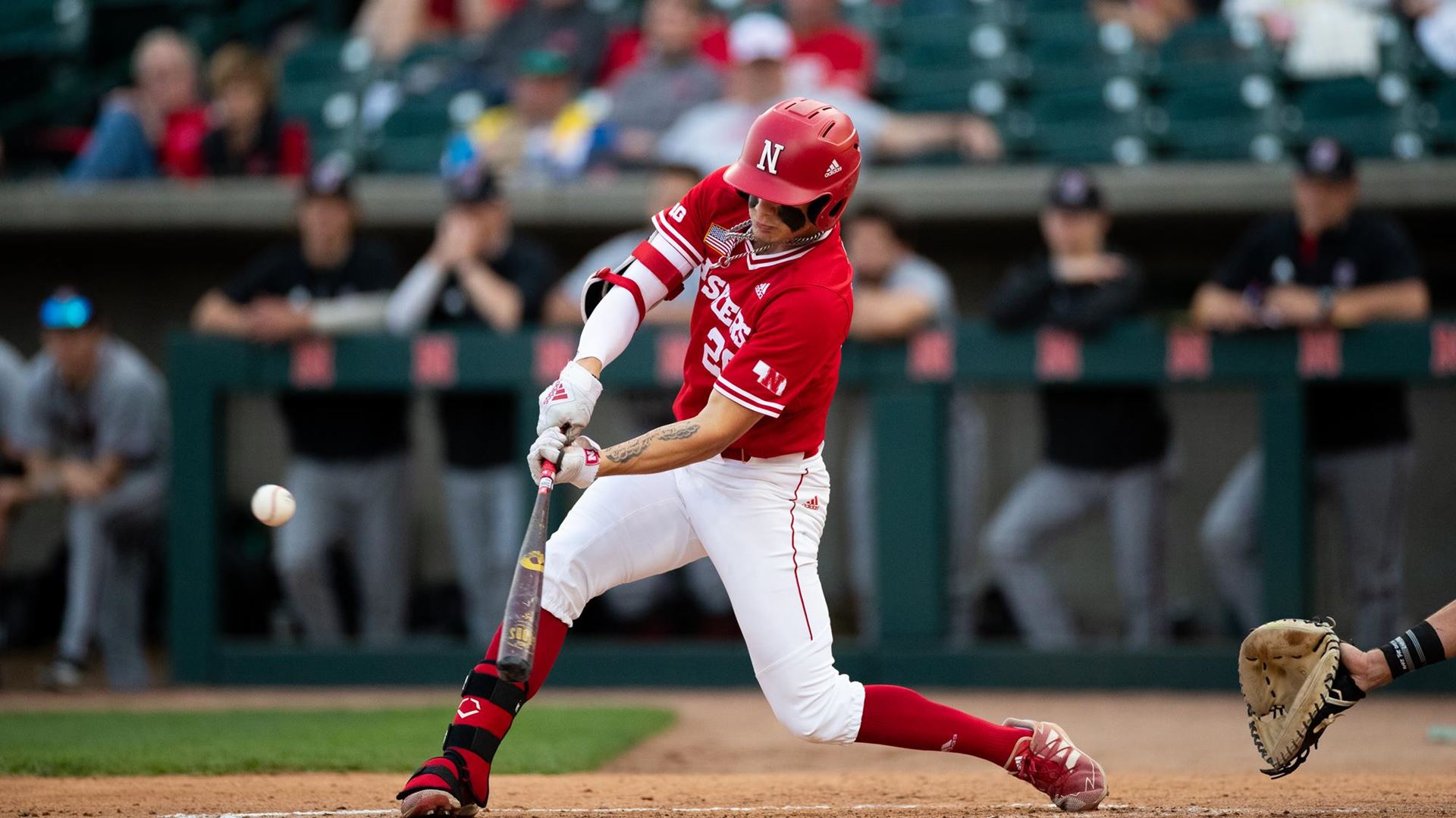 Nebraska fell 8-3 in Game 1 of the series against Illinois on Friday night at Illinois Field in Champaign, Illinois.

Shay Schanaman fell to 2-8 this season after allowing seven runs, six earned, on nine hits with a pair of strikeouts in 3.1 innings. Mason Ornelas gave up one run on five hits in a career-high 4.1 innings, while Caleb Feekin and Corbin Hawkins teamed up to record the final.

Jackson Core was 2 for 4 with two RBIs to lead the Husker offense. Josh Caron had an RBI single, while Garrett Anglim, Max Anderson and Leighton Banjoff posted a hit.

Nebraska opened the scoring in the second with a walk to Banjoff and a pair of two-out singles. Banjoff walked, followed by Jackson’s single on the right side and Caron’s RBI single on the left side.

Illinois took advantage of a Husker pitching error to tie the game at one in the bottom of the second. The Illini hit a double with two out, before an errant pitch from Jackson to shortstop tackled Illinois’ unearned run for the first inning of the game.

The Illini opened the third with three straight singles to take the lead, before Taylor Jackson’s three-run homer to left center made it 5-1. Illinois added two more runs in the fourth quarter after an RBI double and an RBI single to extend the lead to 7-1.

Illinois followed up with a run to its lead in the seventh with a two-out RBI single to center by Danny Doligale.

Nebraska loaded the bases in the ninth after Griffon Everitt was dunked, Anderson picked the center and Colby Gomes drew a march of four lengths. Jackson followed with a two RBI single down the right side to score Everitt and Anderson.

Game 2 of this weekend’s series between the Huskers and Illini is scheduled for 3 p.m. tomorrow at Illinois Field in Champaign, Illinois.