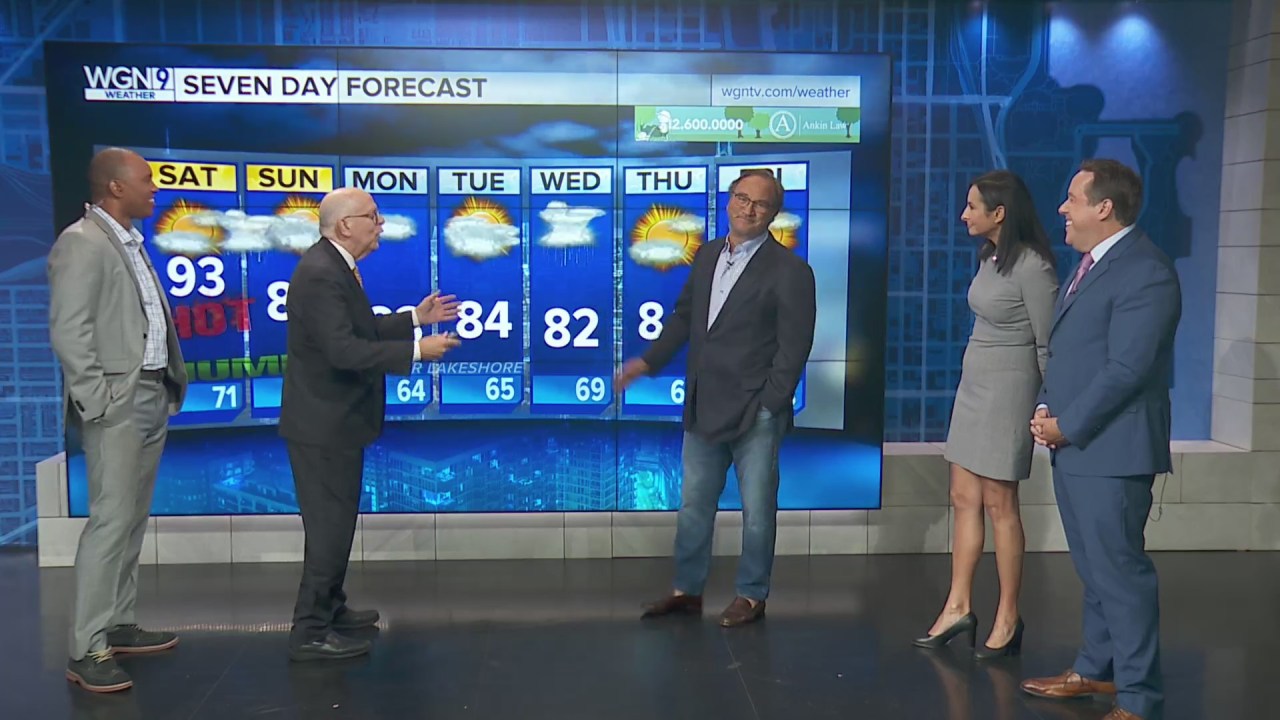 CHICAGO (WGN) – Jim Belushi, from Chicago, stopped by Nexstar’s WGN Studios in Chicago on Friday to discuss an upcoming Blues Brothers show, but he also stayed to give the weather forecast.

“It sucks,” he said, while pointing the direction of Chicago on the map. “It’s hot.”

WGN meteorologist Tom Skilling added that Belushi was more natural than Nicolas Cage, who once dabbled in giving the forecast while promoting his 2005 film ‘The Weatherman’ during a visit to WGN. .

“Hey, you get three meteorology credits just for that,” Skilling said.

The comedian also dabbled in a more comprehensive weather report, as meteorologist Skilling and WGN Demetrius Ivory looked on.

“If you look this way, it’s going to be hot, hot, hot. Thunderstorms Wednesday – be careful. Look, traffic’s gonna be bad on the Eisenhower. [Expressway] rain or not,” he joked.

Belushi, along with Dan Aykroyd, will perform on the first night of the premiere Blues Brothers Con festival on August 19 and 20 in Joliet, Illinois.

“We’re going to sing and dance, do ‘Soul Man.’ And rumor has it that some of the original band members are going to show up,” Belushi said.

The festival will also take place at the Old Jail in Joliet, which was the site of the opening scene of the original “Blues Brothers” film. Concert-goers can also visit parts of the former prison during the show.

While appearing on WGN, Belushi also discussed his work with the Last Prisoner Projectwhich aims to repair the sentences of people previously convicted of non-violent cannabis-related offences.