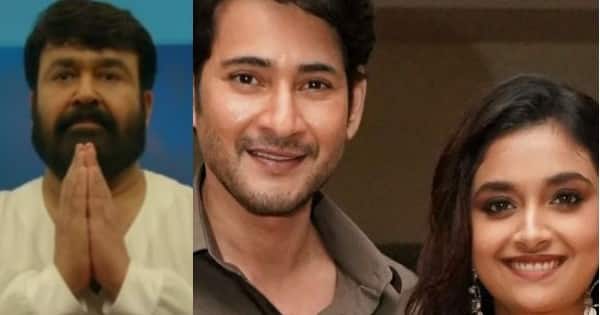 From the Mohanlal Alone star teaser to photos of Mahesh Babu and Keerthy Suresh from Sarkaru Vaari Paata’s promotional event; many southern movies and celebrities made headlines today. It’s a weekend and you might have missed some important updates about your favorite star or their movie. But don’t worry because we’re here with the roundup of everything that happened in the Southern film industry today. Below is the list of new Southern trends of the day… Also Read – Trending Celebrity Photos of the Day: Shehnaaz Gill Steals the Show at Giorgia Andriani’s Birthday Party; Karan Kundrra hugs Tejasswi Prakash and more

Mohanlal drops teaser for Seul on his birthday
It’s Mohanlal’s 62nd birthday today, and the Malayalam superstar took to Twitter to share the teaser for his upcoming film Alone. Well, the actor’s fans loved the teaser, and they can’t wait to see the movie. Also Read – 5 Times Neena Gupta Proved Actresses Can Be Vulnerable Too: From Asking For Work When Out Of Work To Admitting They’re Jealous Of Shabana Azmi

Vijay Sethupathi shares photos from Viduthalai filming
Vijay Sethupathi has several ongoing projects and one of them is Viduthalai. Recently, Vijay took to Twitter to share some stills from the sets. He tweeted, “#Viduthalai – Full throttle shooting.” Check out the photos below…