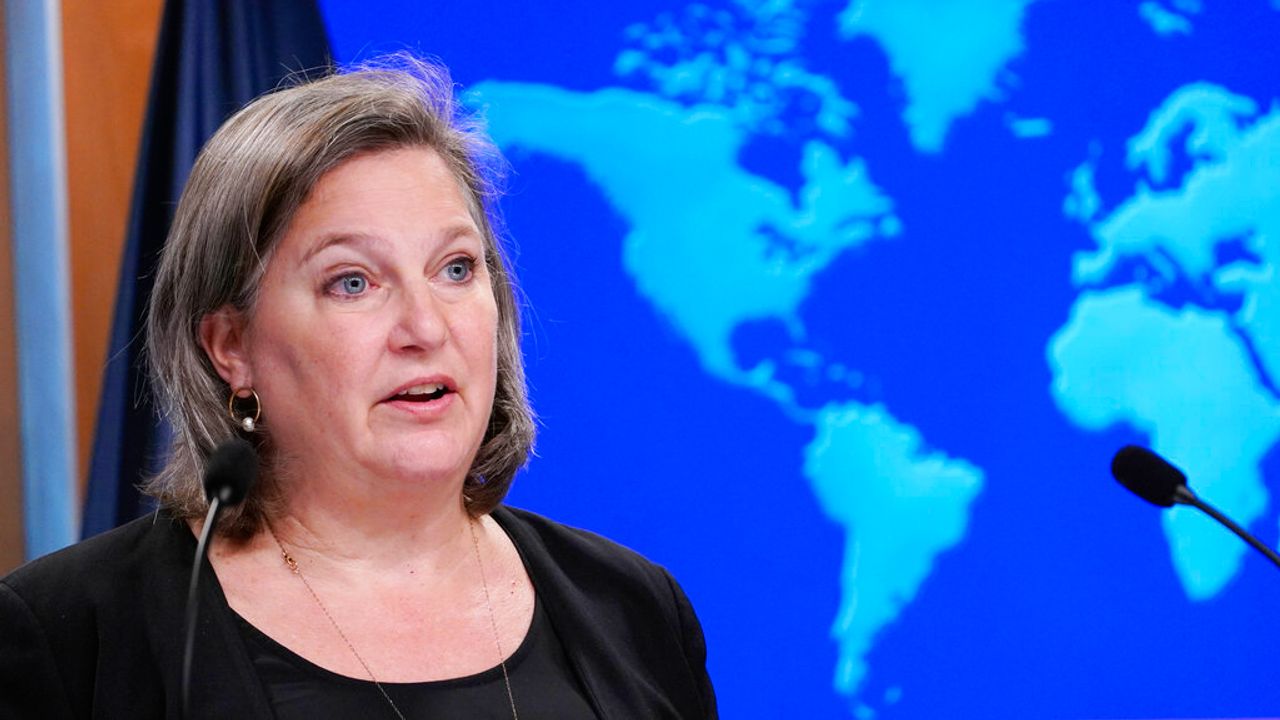 More White House and US media obstruction over Ukrainian biolabs

On Friday, the Biden White House and mainstream US media continued to block any investigation into what US Undersecretary of State for Political Affairs Victoria Nuland called for during congressional testimony earlier in the week, “biological research facilities” in Ukraine.

After three days of silence, the New York Times published an article on Friday titled “Theory about US-funded biological weapons labs in Ukraine is baseless” that reported on Nuland’s comments before the Senate Foreign Relations Committee.

the Times began by stating that there was “no evidence to support claims” by Russian state media that the United States had funded biological weapons labs in Ukraine. the Times then says that “President Volodymyr Zelensky of Ukraine, the White House, the Pentagon, and the State Department” have all unequivocally denied the charges as if those statements were enough to support the claims of lack of evidence.

Then the Times says, “There are biological labs in Ukraine, and since 2005 the United States has supported a number of institutions to to prevent the production of biological weapons. Instead of taking this information as a starting point for questioning the Pentagon’s supposed peaceful goals, the Times goes on to repeat verbatim the United States’ responses to accusations that the Department of Defense operates biological weapons labs.

After quoting Victoria Nuland’s statement to Congress – which included expressions of concern that the Russians might take control of the biological lab’s “research equipment” – the Times repeats the explanation provided by the State Department on Thursday. These were that Nuland referred to “diagnostic and biodefense labs during his testimony”, that these labs are “different from biological weapons facilities”, and that “biodefense labs” are intended to combat ” biological threats” in Ukraine.

the Washington Post released a similar report on Friday that quoted extensively from a statement by Zelensky that read, “No chemicals or other weapons of mass destruction have been developed on my land.” Ukraine’s president said the bio labs were “engaged in ordinary science…not military technology”, then said the allegations meant Russia was planning to carry out a biological attack on Ukraine. “They’ve done such things before in other countries…and they will do it again,” Zelensky said.

Nebenzya alleged that Russia had uncovered “the truly shocking fact of an emergency cleanup by the Kiev regime of traces of a military biological program which is being implemented by Kiev with the support of the US Department of Defense.” .

The Russian army, he claimed, “now has documents which confirm that on the territory of Ukraine there was a network consisting of at least 30 biological laboratories in which very dangerous biological experiments are carried out aimed at to enhance the pathogenic qualities of plague, anthrax, tularemia, cholera and other deadly diseases using synthetic biology.

Responding to the Russian UN report, US Ambassador to the UN Linda Thomas-Greenfield gave a superficial answer. “Russia is trying to use the Security Council to legitimize disinformation and mislead people to justify President Putin’s war of choice against Ukraine and the Ukrainian people.”

Thomas-Greenfield then repeated the White House’s position that “Ukraine does not have a bioweapons program, and there are no U.S.-backed Ukrainian bioweapons labs, neither near the borders of Russia, nor anywhere”.

If everything Thomas-Greenfield presented to the UN is true, then why didn’t Victoria Nuland say ‘no’ when Senator Marco Rubio asked her during the Senate hearing: ‘Y there chemical and biological weapons laboratories in Ukraine? »

Given Russia’s reactionary and bloody invasion of Ukraine, there is no doubt that claims that the United States ran biological warfare laboratories there are being used by the Kremlin to justify its military operation.

However, that does not excuse mainstream media and publications like the New York Times and the Washington Post to act as a media arm of the White House and the Pentagon and refuse to ask Nuland what she was talking about when she said the United States was concerned about “research material” falling between the hands of the Russians.

This should be the starting point for the demand that details about biolabs operated under Pentagon direction be fully disclosed to the American people, but this is the opposite of the position taken by mainstream US media.

Reuters reported on Friday afternoon that the World Health Organization had “advised Ukraine to destroy high-risk pathogens harbored in the country’s public health laboratories to prevent ‘any potential spills’ that would spread the disease.” disease among the population”.

The report also says biosecurity experts warn that Russian bombing of Ukrainian cities “has increased the risk of disease-causing pathogens escaping, should any of these facilities be damaged.” Reuters said Ukrainian officials in Kyiv and Washington DC did not respond to requests for comment.

A left-socialist critique of the 1619 Project with essays, lectures, and interviews with prominent historians of American history. *Now available as an audiobook from Audible!*