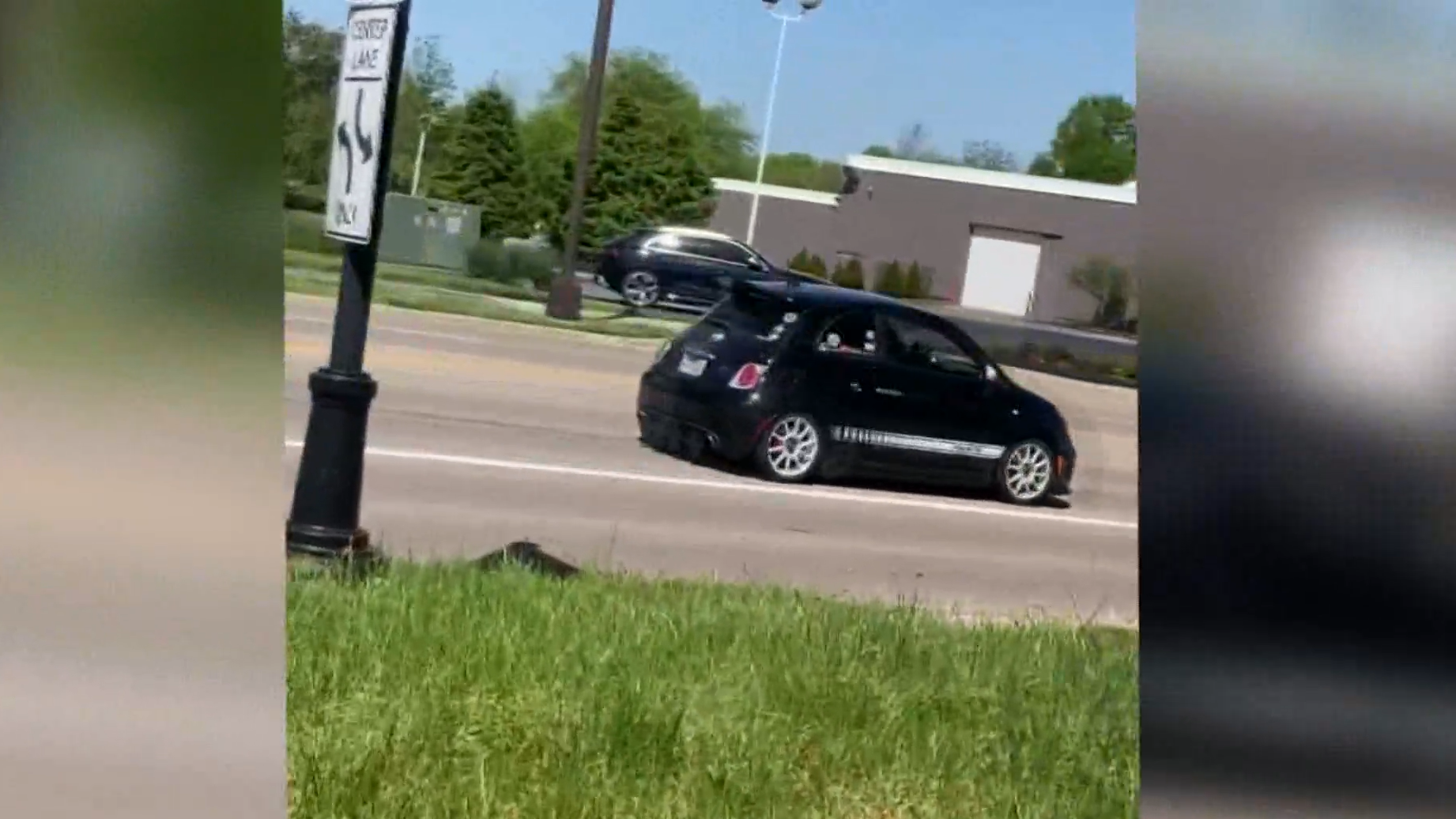 Local news coverage of car culture is usually one of two things: unintentionally hilarious or painfully awkward. This morning I discovered a third category: downright dangerous. Recently, WBNS-10TV in central Ohio was above with reports of street racing claiming it is a scourge that plagues local communities. And for some reason the station used a clip of me driving my Fiat 500 Abarth down the street at the speed limit as an example for viewers.

Update: After publishing this story, we learned that the black Fiat 500 Abarth in question was not that of writer Kevin Williams, but an extremely similar Fiat 500 Abarth that belongs to Brenden Berg. Given the video was filmed at a location where Kevin was recently, and the car’s remarkably similar design, we incorrectly assumed the Abarth was the author’s; The reader regret the mistake.

Additionally, 10TV News Director Jen Nickels reached out and said their story did not reflect 10TV’s journalistic standards and that the videos used were “viewer sourced content”. The offending videos have been removed from the article and an editor’s note has been added to explain the issue.

The original story follows below.

Imagine my shock today when my hairdresser sent me a message informing me that I was on a local report on street racing. My Abarth is quite distinctive in the area – black paint with white wheels, 15% tinted glass, stickers (most of which I’ve since removed) and being driven by a black man. I watched the video, and I am driving normally, on a normal road, obeying all traffic rules. The same video was also used as a b-roll in a story the station did in Maywith my Abarth being held in the greater Columbus area as the prime suspect in all this auto hooliganism that is supposedly going on.

In articles and videos aired by WBNS-10TV, the station’s interviews involved residents and business owners in suburban Dublin. Some Dubliners are expressing concern that the so-called street racing that sometimes happens in downtown Columbus has made its way to their affluent suburb, and now their beautiful home is no longer a safe place to live or work.

At first I was amused, finding it funny that I ended up in such a snappy report by simply following all the local traffic laws. “Hey, do they really think a 160hp city car can do street racing? A basic Camry would blow me out of doors,” I thought to myself. But the more I thought about it, the angrier I grew, realizing that I (and every other sports car driver) might now have a target on my back thanks to sloppy local journalism.

The Fiat 500 Abarth is a loud and garish car for the type of vehicle it is. Its turbocharged 1.4-liter engine has no muffler or resonator after the catalytic converter, and it gets one of the best engine ratings this side of a V8. Granted, that also makes it louder than average, but the Abarth’s volume is relative. It is a perfectly legal vehicle to drive; its exhaust is well within decibel values ​​of any sort of noise ordinance, and the car itself is much quieter when in motion.

Still, the framing of the 10TV video might make the Fiat 500 Abarth appear to be breaking the law just by driving down the street. Add the distinctive decals, tint, and wheels, and now the narrative has gone from a general example to a public pointer that “Kevin’s specific vehicle is illegal and street racing.” I do not know.

What takes this from inaccurate and annoying to downright dangerous, however, is that Dublin police told 10TV that the way they plan to enforce street racing laws and hold so-called noisy and harmful vehicles was done by traffic stops and tickets. A Fiat 500 Abarth is not exactly a common car, much less a black-on-black car, with lots of stickers, now used in multiple reports on the dangers of street racing.

After that, I feel like there’s a very real possibility that my next drive through Dublin, Ohio will end in an unnecessary confrontation with the police. I can see it now; a cop mistakenly insisting that my Fiat 500 Abarth is illegal because of what they saw on the news. The truth would not save me in this situation, just as it does not prevent the police from harassing people or acting as judge, jury and executioner for perceived slights and misinterpretations of the law. So many black deaths at the hands of cops started from traffic stops that turned sour. As recently as June 27, a black man in my hometown of Akron, Ohio was shot by police 90 times after a “fix it” ticket turns into a car chase that ends horribly.

At the same time, I sympathize with the people of Dublin, Ohio, and business owners. There are valid concerns about road safety, and I agree that no one should have to tolerate street racing or any form of illegal and reckless driving in their community. But what 10TV showed was not that. It was mostly me and other people in sports cars going about our business, driving as usual, enjoying our rides like everyone else. Presenting it as something else is totally inaccurate. (And you might notice that the audio in my Abarth clip sounds like it’s been dubbed with the exhaust note of a much faster car.)

Reports like these do nothing to make the community safer. All they’re doing is polarizing us even further, pitting residents against law-abiding sports car owners, and potentially cops against black drivers like me. Local news can be a powerful force in an area. It’s a shame that 10TV uses it as recklessly as any street racer.