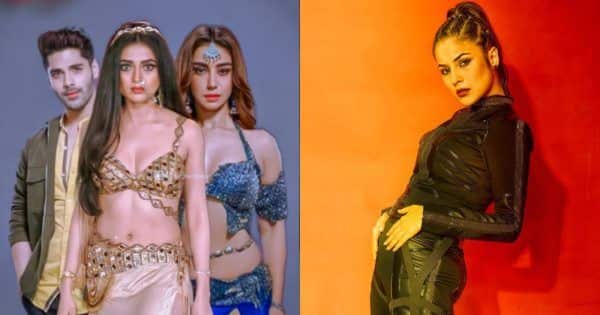 Naagin 6 Gets A Good Response On Social Media
Naagin 6 by Tejasswi Prakash and Simba Nagpal received a good review from fans on social media. In the first episode, we met Tejasswi Prakash as Pratha while SimBa Nagpal is Rishabh. The show is about the almighty Naagin saving the nation from biological warfare unleashed by a rogue nation, which shares its borders with us. Read also – Naagin 6: Tejasswi Prakash-Simba Nagpal fans approve of the first episode; say, “Different script and superb acting” – read the tweets

Kris Srikkanth and wife on Star Plus’ Smart Jodi
According to reports, former Indian cricketer Krishnamachari Srikkanth will take part in Star Plus’ Smart Jodi show. As of now, the jodis that have been revealed are Neil Bhatt – Aishwarya Sharma, Bhagyashree – Himalaya Dassani, Rahul Mahajan – Natalya Illina. He was part of the winning team of the 1983 World Cup. He also came on Kapil Sharma’s show.

Shehnaaz Gill’s happy video goes viral
Shehnaaz Gill shared a video where we can see her enjoying a day at the beach. Amid reports of her doing Ekta Kapoor’s new show Lock Upp, this video comes as a relief to her fans. She was seen on Hunarbaaz as well as the Bigg Boss 15 Grand Finals.

Read more: Tejasswi Prakash is head over heels in love with Karan Kundrra, ‘It’s the best thing that ever happened to me’ [EXCLUSIVE]