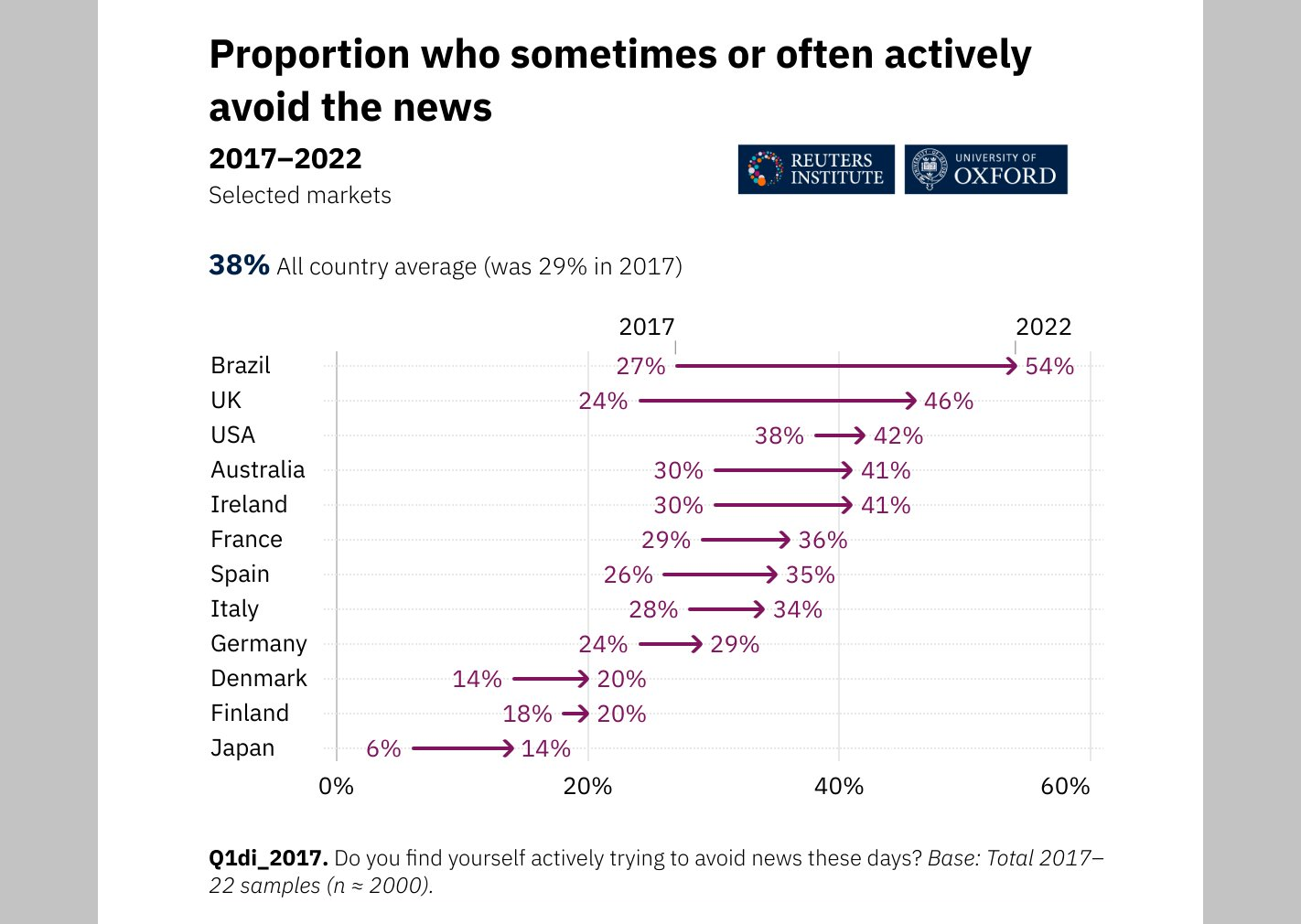 The media have a great influence on any society. While some people may trust the content in the media, others may try to avoid it. In a recent investigation led by YouGov and commissioned by Reutersdigital reporting showed that the United States hosts the lowest trust in the media.

Compared to the United States, Finland is in the lead, with the highest level of trust. Almost sixty-nine percent of respondents in Finland trusted their media, while the United States saw a drop of 3% and is now at twenty-six percent.

The report also showed that out of 2,036 American participants, almost forty-two percent of them would keep away from the media. These figures have increased by 4% since 2017 and covered the COVID-19 pandemic as well as the administration of Donald Trump.

Meanwhile, Brazil tops the charts with fifty-four percent of respondents trying to stay away from the news. Compared to 2017 statistics, the percentage has doubled in 2022.

As Reuters pointed out, there could be many possible reasons behind news avoidance. Almost sixty-five percent of the right in the United States do not trust the news, while for the left the figures are only twenty percent. The difference between the views is also visible depending on the age. Older respondents believe that a journalist should only be responsible for disseminating information and that this should not be mixed with their own opinion.

On the other hand, younger readers were more open-minded because they believed that a news reporter could deliver news with their own opinion.

In terms of percentage rating, fifty-seven percent of respondents over the age of 55 wanted journalists not to mix their opinions with the news. While forty-six percent of young readers between the ages of 18 and 34 wanted the news to be shared with the opinions of the reporter.

Read next: New report says 75% of people are unhappy with their smart home devices