Global television network EWTN is behind this new production which is currently being filmed on the beautiful grounds of the Dromantine Retreat & Conference Center outside Newry, County Down.

The film tells the story of a Catholic priest hiding in fear of the austere laws of the time, and the efforts of the entire community to protect him as he ministers in Hedge Schools and Mass Rock for strengthen the faith of the people.

Katrina Doran from Newry is Hair & Make up Designer on set.

A former student of Our Lady’s Grammar School, Katrina says, “It was a lot of fun. As a designer, I do a lot of historical research on the period to find all the looks of each of the characters.

“For some scenes, the director showed me some reference footage, and then it was up to me to bring that to life. 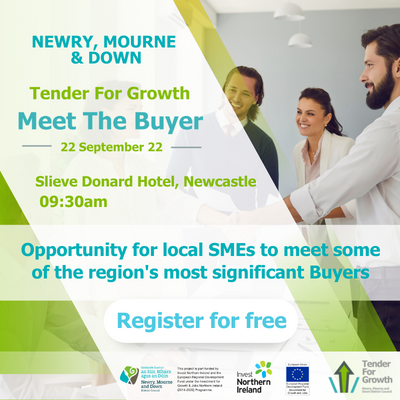 “I then briefed my whole team and it’s a collaborative process that comes up with the looks that are on film.

“The cast is amazing, as is the team I work with,” she adds.

The production involves more than 90 people, including actors, extras, the film crew and everyone who works behind the scenes during the many weeks of production.

Aidan said, “The cast and crew we’re working on have gone to great lengths to make this a quality production.

“They gave this film a powerful authenticity, set in the penal period of our history, on which we based our story.

“We are also very grateful to Dromantine herself who went to great lengths to make our stay very pleasant and memorable.

“The incredible beauty of Dromantine, the lake and the forest walks, will be brilliant on the big screen, especially for international audiences,” he adds.

The film juxtaposes the strong and unyielding faith of people in the penal era, against the trend of indifference in modern times.

The Irish language is spoken in various scenes of the film, which further enhances the realism of the production.

The director of the film is a Newcastle man, Campbell Miller, who works in Newry and has won several awards for his previous work in film.

Campbell says, “In addition to our amazing actors, the camera, the costume, the makeup; and the art departments were amazing in making the story a reality.

“Everyone works so hard behind the scenes.

“The film is going well and presents well. I think we will get an incredible result.

The film is set to air in 2023 on Sky 586, Virgin Media 815, Amazon Prime, Netflix and 11 satellites worldwide, as well as other platforms and networks around the world.

The three previous films from the production team HOPE; BRAVERY UNDER FIRE; THE PRODIGAL SON were screened at the Vatican Film Library in Rome and presented to Pope Francis. 2022-09-14
Previous Post: Twitter has released an infographic detailing how its user base is actively consuming the news media/digital news world
Next Post: City Girls’ JT is randomly interviewed by the Phoenix News Station