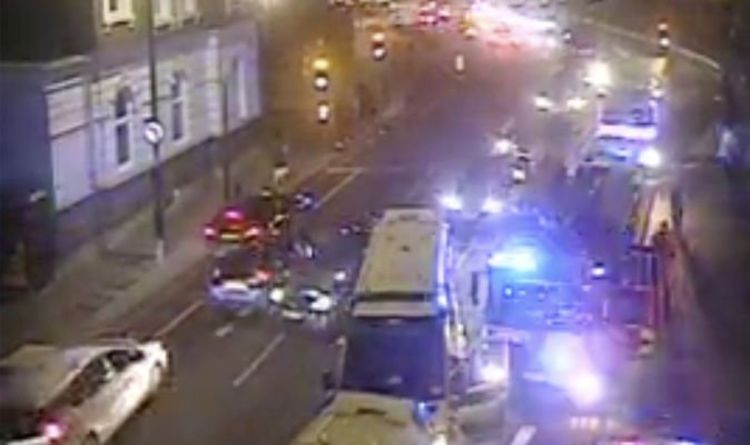 The so far anonymous person was hit by a train between Moorgate and Finsbury Park, Thameslink tweeted. Their condition is not currently known.

Thameslink added: “All lines are blocked between these stations while the emergency services work to deal with this incident.”

Others reported seeing emergency services rush to the scene.

Writer and presenter Nicky Woolf tweeted: Anyone know what’s going on at Highbury and Islington station?

“He’s been evacuated for half an hour and there are about 15 emergency vehicles outside.”

Thameslink has confirmed that trains will not call at Moorgate, Old Street, Essex Road, Highbury & Islington and Drayton Park.

He said travelers can use their tickets on another service on Thameslink and Great Northern trains on any reasonable route to get to their destination.

They can also use the London Underground and Transport for London buses.

As the person’s condition remained unclear, many social media users were quick to share their hopes that they were doing well/

Johfam tweeted: “Something about Finsbury Park makes me extremely uneasy and sad.”

Express.co.uk has contacted the British Transport Police for further details.