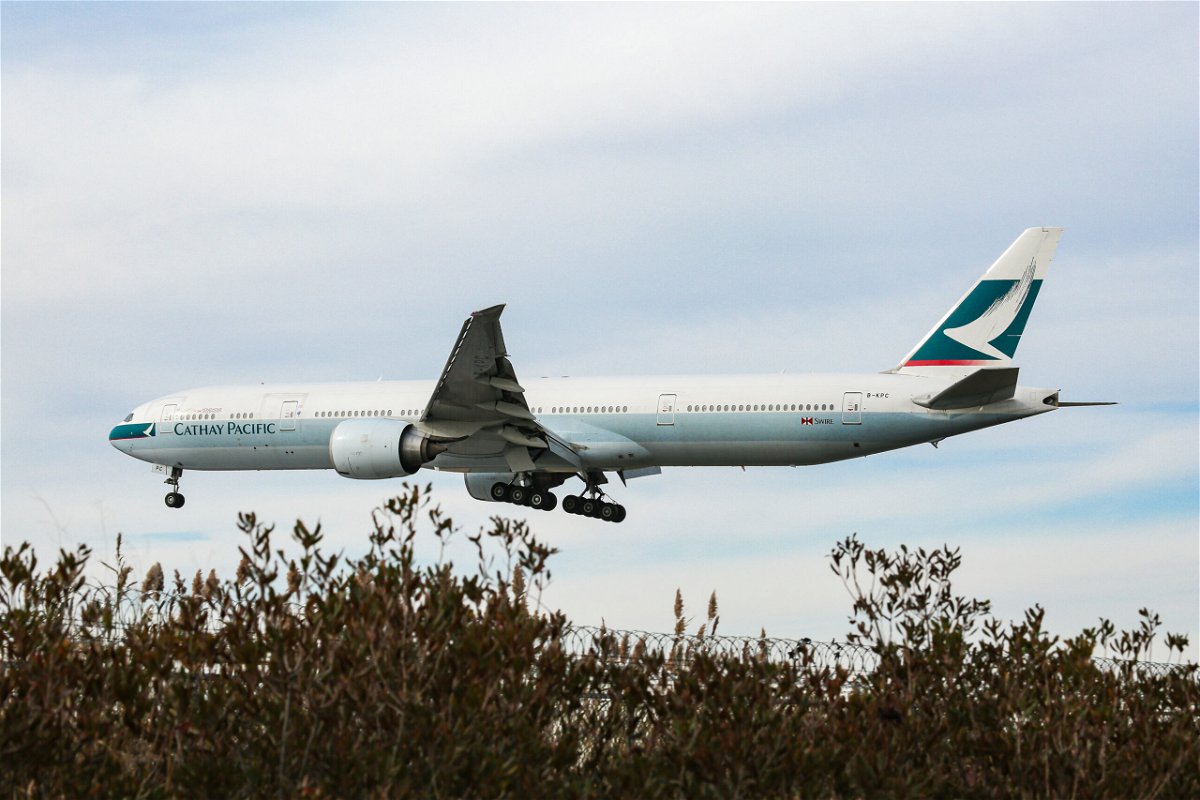 Cathay Pacific may be set to operate the world’s longest commercial flight by rerouting its scheduled service to New York over the Atlantic – a route that would avoid Russian airspace – instead of taking its usual path over the Pacific.

Although it has yet to fully commit to the route, Cathay says its transatlantic flight path would cover just under 9,000 nautical miles, the equivalent of 10,357 standard miles or 16,668 kilometres. If confirmed, it would exceed the current world’s longest flight for the distance, which is 9,534 standard miles between Singapore and New York.

While many airlines avoided Russian airspace following the country’s invasion of Ukraine – many due to reciprocal air blockades – Cathay said its rerouting was due to favorable wind conditions .

“We are still managing contingency routes for potential aviation events or scenarios,” an airline representative told CNN in a statement. “We compare flight routes daily, and will plan and fly which is the most efficient route for the day,”

“The transatlantic option relies on facilitating strong seasonal tailwinds at this time of year so that flight time is between 4 and 5 p.m., making it more favorable than the transpacific route. We monitor daily the tailwind situation, as it is already decreasing.

“Our Airbus A350-1000 can comfortably accomplish this in 16 to 17 hours with fuel burn similar to transpacific flights.”

Cathay, unlike other airlines, declined to say whether its planes will intentionally bypass Russia. China and Russia have remained on good diplomatic terms since the Russian invasion of Ukraine began in February.

It’s not the only new contender for the world’s longest flight. As air travel around the world resumes, 2022 has seen more and more long flights unveiled.

This week again, two new announcements were made for new ultra-long-haul flights. Air New Zealand’s 17-plus-hour nonstop flight between Auckland and JFK will begin in September 2022, while Qantas’ direct Melbourne-Dallas will begin in December.

Currently, the longest flight record holder is Singapore Airlines’ direct flight from Changi Airport to JFK. CNN’s Richard Quest flew the Airbus A350-900URL in October 2018, logging more than 17 hours on board between the two cities.