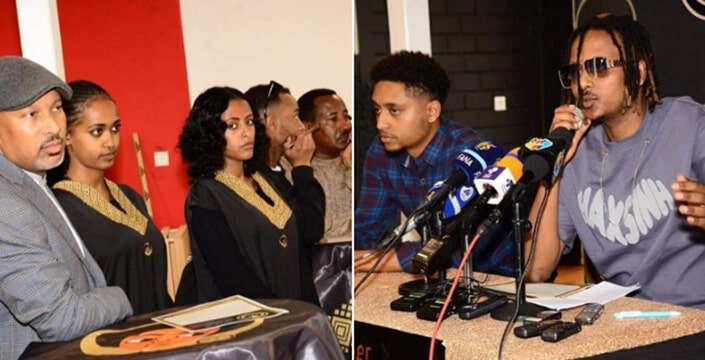 Singing and music take up most of a person’s life, whether it’s expressing themselves through songs produced by someone with a common background or simply appreciating music for its own sake. same. It is ingrained in the lives of many people. Some people like to sing in private, while others have the talent to sing while entertaining others but lack the resources to do so.

“I love to sing. I’m shy, so I never considered singing in public, yet I desperately want to become a singer. It’s a conundrum, but I’m considering entering the new talent competition because I have feeling like you have nothing to lose,” said Rekik Solomon, a music enthusiast who is considering auditioning for a new talent show.

The Radar Idol team is a brand new creative talent search organization. The team, as the name suggests, searches for talent through intuitive perception, combing the web for great singers with few opportunities but immense potential.

The show offers recording deals, the opportunity to work with one of the show’s innovators and the face of the show (singer Yohana), cash prizes and much more.

“Radar is a person’s intuitive perception; specific sensitivity to factors, trends, talents, etc. said Nahom Mulugeta, co-founder of the initiative. “We primarily intend to create Radar as a TikTok platform where creative artists can show off their talents simply by filming themselves and submitting them to the Radar A&R team.”

Radar spun off from two separate companies – Agelgil Records and Gehad Entertainment – both owned by musician Yohana with the aim of creating greater prospects and a more open version of an entertainment business venture after achieving all their dreams. .

A plethora of talent has been discovered through TV shows, providing opportunity for quick exposure and creating a large fan base. Young musicians often view competitions and talent shows as a potential shortcut to a successful music career.

The majority of talent shows in the country were created on television through a lengthy audition process that is chopped and edited to look more put together. However, improvements in technology have widened the channel through which these talent hunts take place over time.

The growth of platforms has had a significant impact on the social role of music. Similarly, musicians have taken advantage of new instruments and platforms to spread their work to a wider audience.

Radar Idol decided to use free platforms like social media as the main medium for the show.

The creators acknowledged the impact of social media on the world and the country in recent years, especially post COVID 19.

Nahom notes the untapped potential that platforms like TikTok now offer musicians. “TikTok has proven to be a great medium for entertainment because of the convenience it offers in all aspects.”

“After knowing that there was a lack of talent variety and a gap to attract the right talent and a lack of budget to support talent, it became clear that building a platform like this was the best approach to overcome these challenges,” he added. .

Essentially, the introduction of reality music television shows, aided by technological improvements and their use in the promotion and dissemination of music, has emerged as a significant impetus for the overall development of the industry.

Radar Idol plans to involve the public in choosing the musicians whose music they want to hear by hosting a three-month social media competition in the form of a tournament that will showcase the many creative people in the world. comfort of their home.

The show has already started accepting submissions from everyone, with the aim of showcasing top talent and letting viewers vote for their favorites.

Nahom hinted that in the future, people should expect a host of jaw-dropping skills and booming professions in a short time.

“Expect new talent to perform on major platforms, as well as a diverse lineup of Radar talent in the near future. Fortunately, our sponsors, Habesha Beer, are all ready to help us pursue our long-awaited dreams and become a vital pillar in this innovative process for the music industry,” Nahom concluded.