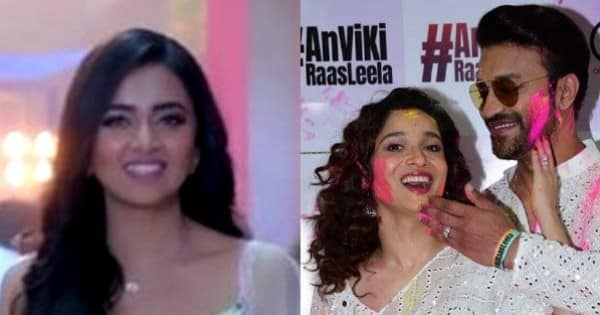 Karan Kundrra becomes a protective boyfriend of Tejasswi Prakash on a date, Charu Asopa and Rajeev Sen celebrate the first Holi with their daughter Ziana, Tejasswi Prakash of Naagin 6 shares the excitement of celebrating Holi with Karan Kundrra, Ankita Lokhande and Vicky Jain host Holi bash party, Pratha from Tejasswi Prakash from Naagin 6 is the newest entrant in Ormax Media’s list of most loved Hindi characters on TV and many interesting things have happened in the entertainment industry. television today. You might have missed some important TV updates and your favorite celebrities. But do not worry ; we’re here for you, and here’s a roundup of what’s been happening in the TV industry today. So here is the list of today’s trending TV news… Read also – Holi 2022: Ankita Lokhande-Vicky Jain organizes the first festive party after the wedding; Ekta Kapoor, Monalisa, Aly Goni-Jasmin Bhasin and more SPLASH – see pics

Actress Tejasswi Prakash recently revealed her excitement about celebrating Holi with Karan Kundrra and also shared her favorite Holi memory. During her recent interaction with ETimes TV, Tejasswi revealed her plans to celebrate Holi with Karan. “It all depends on Karan and my working hours. If I take a break, I will adapt to his schedule and vice versa. We haven’t made any plans yet. But knowing Karan, I know he will make it special. He loves the festival so much and I know that when I’m with him, I’ll enjoy it too. However, I’m pretty sure there will be an unspoken competition between him and me as to who puts on. the color on who first. This is our first Holi together and I’m so excited to celebrate with him,” the actress shared. Read. Read also – Holi 2022: Urfi Javed is brutally trolled for his traditional outfit; user says ‘suit ka bhi nikal diya juloos’ – watch the video

Charu Asopa and Rajeev Sen recently celebrated their first Holi with their daughter Ziana and posted happy family photos on social media. Rajeev recently shared a series of photos with his wife Charu and their daughter Ziana. He captioned the posts as: “Ziana’s first Holi with her mum & dad wishing everyone a Happy Holi.. Love & Light.” Fans of Charu and Rajeev are beaming with joy after seeing the couple reunite after a long time. Read.

Karan Kundrra and Tejasswi Prakash were pictured on a date yesterday. A video of Karan standing outside the door so his sweetheart can comfortably get out of the car shows he is a protective boyfriend. The video of him taking care of his girlfriend has gone viral on social media. Read.