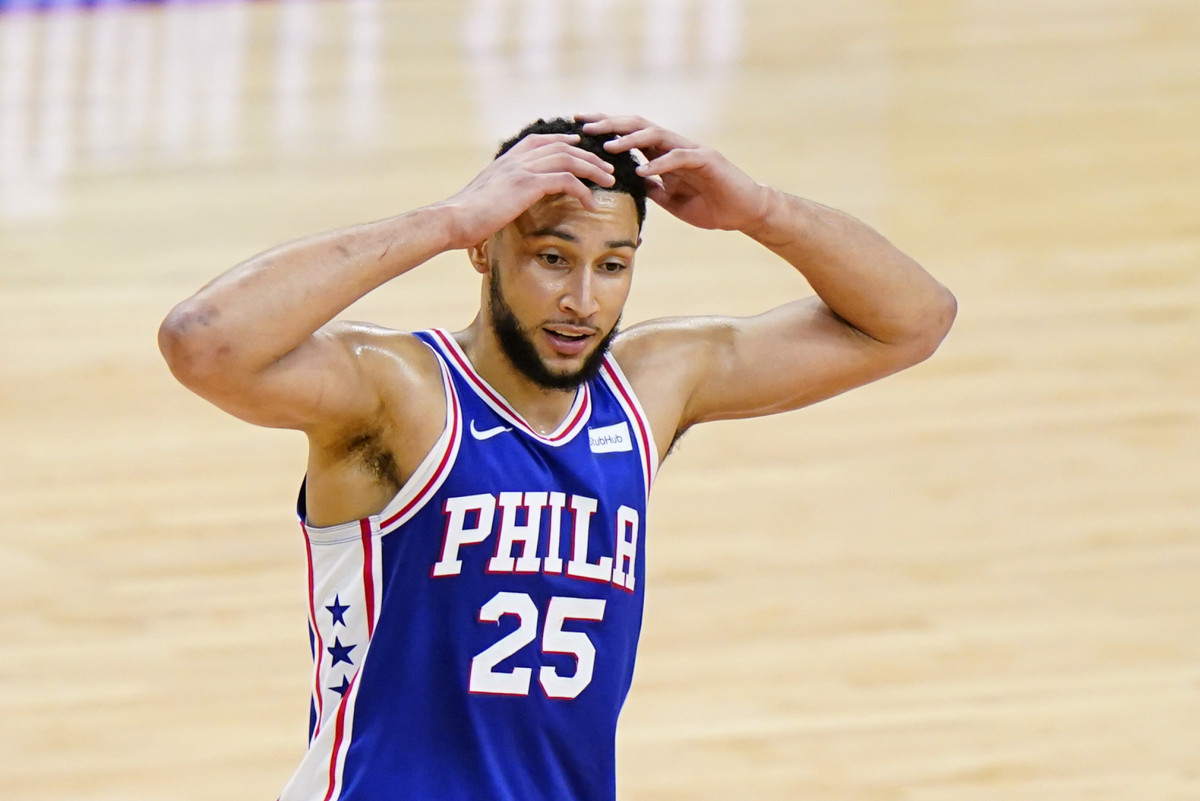 The relationship between Ben Simmons and the Philadelphia 76ers is getting worse by the day, and Philly fans aren’t making it easy for the franchise and the point guard.

Ben received a lot of flak for his poor performance after a disappointing end to the 2021 NBA playoffs, where Simmons failed to deliver for his team, getting knocked out in the second round against the Atlanta Hawks.

A few months later, the situation only got worse. While Joel Embiid asks fans to behave and act better when talking to players, no one is paying attention to the big man. In fact, a local news station trolled Simmons, comparing him to trash.

Going through The file:

During this Friday’s edition of Good Day Philadelphia on Fox 29, Mike Jerrick and the rest of the crew fired an unwarranted jab at Simmons.

“We just received footage of Ben Simmons rushing out of Philadelphia. Let’s take a look,” Jerrick said before showing off a floating trash can at Brandywine Park in Wilmington, Delaware.

Philadelphia fans are ruthless. It’s not the first time we’ve seen them do this. Embiid has also suffered from this, and he knows how difficult things can be.

Something must change there. During the playoffs, someone threw popcorn at Russell Westbrook, they harassed their own players in the past, and now Simmons is getting a lot of hate for his performances.

The relationship between the player and the team seems beyond repair, and these taunts only fuel the bad blood between them.