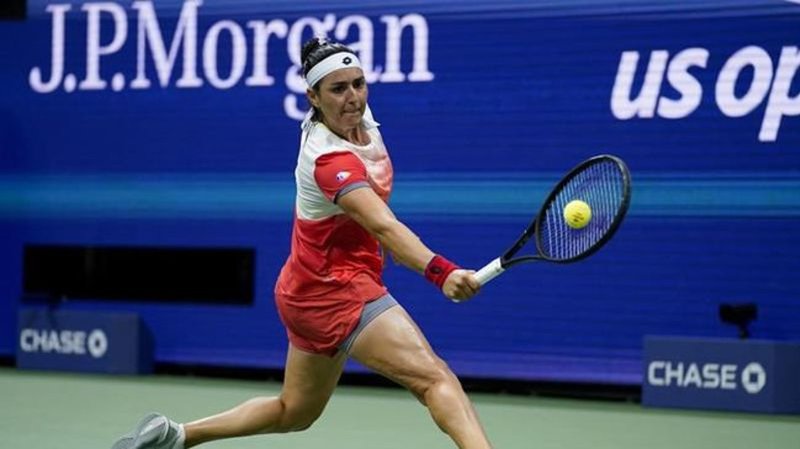 Tomljanovic did more than beat Serena | US Open Updates

“I should probably think a little bit and give myself a pat on the back, because I deserve it,” said Tomljanovic. “That’s probably my biggest thing I’m bad at, that I don’t give myself enough credit. I’m very hard on myself. Someone should come up to me and just tell me I should congratulate myself now, because it is due.

Tomljanovic was an unabashed fan of Williams, having grown up watching her play on TV. So she just said she was sorry for beating Williams but didn’t let emotional victory or distractions lead to disappointment in her next game, another win. Tomljanovic should have a career-best ranking at the end of the Open. She became the first Australian woman to reach the quarter-finals at Wimbledon and the US Open in one season since 1979.

“Sometimes I’m scared of being almost happy because I feel like, you know, I’m going to jinx myself for the next one or I’m going to be too excited,” she said. “Yeah, there’s like a mental block I have with that stuff.”

Serena Williams was a smash hit in the ratings for her apparent final match at the US Open.

ESPN said Tuesday that Williams’ long-awaited farewell to Flushing Meadows was the most-watched tennis telecast in the network’s 43-year history. His loss last Friday to Ajla Tomljanovich drew 4.6 million viewers. The previous record of 3.9 million was for the 2012 Wimbledon final, when Roger Federer beat Andy Murray, in ESPN’s first year with exclusivity.

Casper Ruud has found his place in Grand Slam events. All he needs now is a championship.

Ruud is one game closer to a US Open title following his 6-1, 6-4, 7-6(4) win over Wimbledon 2021 runner-up Matteo Berrettini in the quarter-finals. He will face the winner of Wimbledon runner-up Nick Kyrgios and No. 27 Karen Khachanov on Tuesday night at Arthur Ashe Stadium.

Ruud improved to 12-2 in Grand Slam matches in 2022 and he was a French Open runner-up. The first Norwegian to reach a US Open semi-final credits five-match maturity to his recent turnaround in his most important matches.

“I feel like this year I’ve kind of figured out how to play five sets and knowing that it’s very different to play best of three sets, and it often becomes much longer matches and a lot of back and forth,” he said.

Ons Jabeur, seeded fifth, is the first African woman to reach a US Open semi-final in the professional era.

Jabeur held on for a 6-4, 7-6(4) win over Ajla Tomljanovic at Arthur Ashe Stadium on Tuesday.

Tomljanovic knocked out Serena Williams in the third round. Now she’s gone too.

Jabeur says it “means a lot to me” if she can inspire other young players in Africa. Jabeur will play either 18-year-old American Coco Gauff or Caroline Garcia. Their match is in the night session.

Jabeur, 28, apologized for occasionally throwing her racquet during the game, saying: “I wanted to stay calm but the racquet slipped out of my hands.” The Tunisian was Wimbledon finalist this season. She says, “I know I have the ability to win a Grand Slam in me.”

Jabeur and Tomljanovic are close friends and exchanged a long net hug after the game.

Casper Ruud is the first Norwegian to reach a US Open semi-final.

Ruud must reach at least the final to have a chance of finishing the US Open as the highest ranked player in the world. Ruud says he “doesn’t want to think too much” about the potential accomplishment and didn’t even know the milestone was in the cards until the draw began, but says the chance to leave New York as world No. 1 is “extra motivation.”

Carlos Alcaraz and Rafael Nadal, who lost on Monday, can both finish the US Open as the highest-ranked new player because Daniil Medvedev lost his match earlier in the tournament.

Ruud has improved to 12-2 this season in his Grand Slam events.

Ruud was a finalist at Roland-Garros this year. He will face Nick Kyrgios or Karen Khachanov in the semi-finals.

Kyrgios vs. Khachanov will be the final singles match on Tuesday, following 18-year-old American Coco Gauff against Caroline Garcia in the night session.

Tuesday’s other women’s quarter-final is No.5 Ons Jabeur against Ajla Tomljanovic, the player who knocked out Serena Williams in the third round.

Matteo Berrettini and Casper Ruud are in action in the men’s first quarter-final at Flushing Meadows.

Both men have been runners-up at another Grand Slam tournament: No.5 seed Ruud at Roland Garros this year and No.13 seed Berrettini at Wimbledon last year.

It’s raining, so they play under a closed roof at Arthur Ashe Stadium. With showers expected all day, the US Open canceled all junior matches scheduled for Tuesday as they are played on smaller outdoor courts.

The Berrettini-Ruud winner will face either Nick Kyrgios or Karen Khachanov in the semi-finals. Kyrgios vs. Khachanov will be the final singles match on Tuesday, following 18-year-old American Coco Gauff against Caroline Garcia in the night session.

Tuesday’s other women’s quarter-final is No.5 Ons Jabeur against Ajla Tomljanovic, the player who knocked out Serena Williams in the third round.

More AP coverage of US Open tennis: https://apnews.com/hub/us-open-tennis-championships and https://twitter.com/AP_Sports