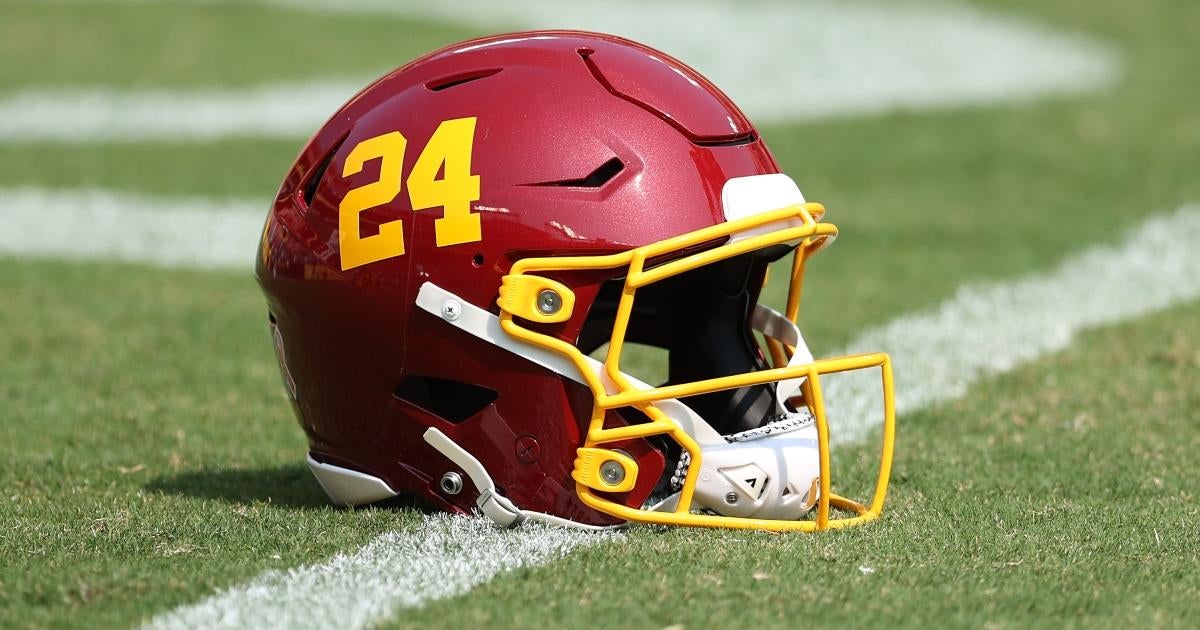 The new name of the Washington football team has reportedly been revealed. NBC Washington revealed video footage from a flight over FedEx Field, which captured a view of the team store in the stadium. And inside was a sign that said “Washington Commanders”, which probably means Commanders is the team’s new nickname. An official announcement will be made on TODAY Wednesday morning show.

This news comes shortly after someone on social media discovered that the domain name Commaders.com had been transferred to MarkMonitor, the company the NFL uses to manage most of its domain names for its teams and its brands. “There are two reasons why you acquire a name. One is that you buy it out of pure speculation, and you keep it. And the second is that you buy it because you want it. ‘use,” said tech expert Shawn DuBravac. Fox 5 DC TV Channel. “And usually when you buy it and want to use it, you’re going to move it to where you’re going to deploy it.”

A major clue to the Washington franchise’s next name emerged on Tuesday night, about 12 hours before the club’s official announcement on Wednesday morning. Washington Commanders, anyone?🏈 https://t.co/ehK4joLH5n pic.twitter.com/0m5uQiECT9

Last month, Washington team president Jason Wright announced that the new name and logo would be unveiled on February 2. Fans shared their thoughts on what the new name should be, and two of the most popular names were Wolves and RedWolves. However, Wright explained why these names cannot be used.

“Early on, we realized that Wolves — or some variation of it — was one of our favorites,” Wright said. “As I’ve always said, we take feedback from our fans seriously, and due to your interest in this name, we’ve put Wolves on a list of options to fully explore. Once we get started In reviewing Wolves, however, we became aware of a notable challenge: trademarks held by other teams would limit our ability to appropriate the name. And without Wolves, variants like RedWolves would not have been viable for these and other reasons.

Washington dropped the “Redskins” name in 2020 and has been called Washington’s football team for the past two seasons. The new name comes at a special time as the team will be playing its 90th season in 2022. Washington is one of the most successful franchises in the NFL, winning five championships including three Super Bowls.