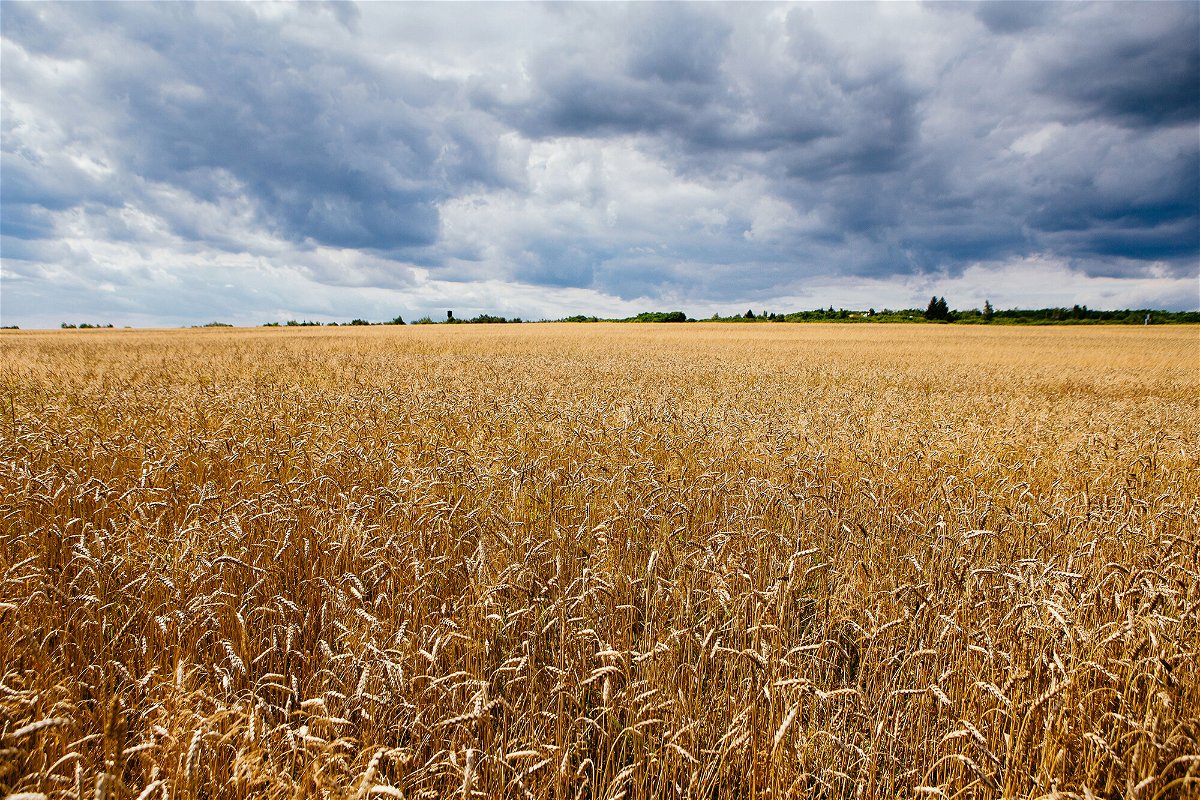 Wheat futures soar. Food prices could be next

Wheat futures rose around 5.35% on Tuesday, hitting prices not seen since 2008. Rising prices are making wheat more expensive for food manufacturers, who will likely pass those costs on to consumers .

Ukraine and Russia are responsible for around 14% of global wheat production, according to Gro Intelligence, an agricultural data analytics firm. The two countries supply about 29% of all wheat exports. Before the Russian invasion, Ukraine was on track for a record year for wheat exports, while Russia’s wheat exports slowed, according to the US Department of Agriculture.

“It couldn’t have come at the worst time,” said Robb MacKie, president and CEO of the American Bakers Association.

With wheat prices already on the rise, the conflict overseas is putting even more pressure on a still struggling supply chain. Russia is the top wheat exporter, while Ukraine is in the top 5. The two countries compete in export markets like Egypt, Turkey and Bangladesh.

“Depending on how it goes and how long it lasts, wheat farmers [in Ukraine] may not be able to plant spring wheat, corn and other things. So they could go a year without any harvest,” MacKie added.

This will likely drive up the prices of US consumer items like cereals and bread. Cereals and bakery products rose 6.8% last year due to inflation, according to the US Department of Labor. Consumer prices are generally lower than market prices for wheat, corn, and grains because these commodity prices are contracted in advance. This means the impact may not be felt for weeks or months.

“You have all kinds of logistical restrictions,” said Jim Heneghan, senior vice president of agribusiness at Gro Intelligence. For example, “Ukrainian ports [are] closed to commercial traffic,” Heneghan said. And there are also reports of commercial ships being attacked.

The disruptions are tightening the global supply of wheat, even if demand remains the same or increases. And with less supply, prices rise even more than they did during the pandemic.

Global food prices rose 28% in 2021, according to the Food and Agriculture Organization of the United Nations. Supply chain disruptions and extreme weather contributed to higher prices.

The current situation “only adds to the additional food price inflation that we are seeing,” Heneghan said.

US food prices are not immune

“For the American market, we only import about 8% of the total products needed for the [consumer packaged goods] industry,” she said. “It’s pretty minimal.” Most of the imported items come from Mexico and Canada, she added.

Rising wheat prices are good news for U.S. farmers as more demand could shift to the United States. Even so, while US companies are not directly exposed to disruption in Ukraine, they are not immune to it either. “It’s a global economy,” Denis said. “Price pressure will be felt around the world.”

Gro Intelligence’s Heneghan said as global supply tightens, U.S. wheat farmers could export more product. “Often you will see demand flow back to the United States…when you have global events that block exportable surpluses,” he said. “But that comes at a higher price.”

That might be good news for U.S. farmers, he added, but not for consumers.

“Over the next few months you will see what food companies … have to do with the higher prices they are facing,” Heneghan said. Producers of food and consumer goods may choose to absorb some of the price increases, but they are more likely to continue to pass them on to consumers, he noted.

The Producer Price Index, which tracks average changes in the prices U.S. producers are paid for their goods and services, rose 9.7% in the 12 months to January, unadjusted for seasonal fluctuations. , reported the Bureau of Labor Statistics in February.

And they’re likely to raise prices further as input costs rise, Heneghan said, particularly because wheat isn’t the only crop getting more expensive.

The prices of other agricultural raw materials are rising, such as corn and soybeans, not to mention oil. “It will give [consumer goods makers] even more reason to think about moving forward with these price increases,” Heneghan said.

CNN’s Anneken Tappe and Julia Horowitz contributed to this report.