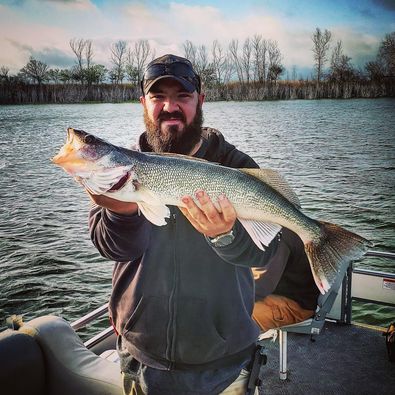 Zachariah Carl Lade was born to Bruce and Christy (Bartels) Lade on November 10, 1994 in Tecumseh, Nebraska. He grew up south of Tecumseh on the family farm and was homeschooled until 7th grade. Zach then attended Johnson County Central Schools and graduated with the Class of 2013. After graduation, he attended CSC Lincoln until he was hired by the Burlington-Northern Sante Fe Railroad. He worked from the Havelock and West O sites as a car man. Zach enjoyed playing banjo and guitar and sang at several weddings as well as with the First Baptist Church praise band in Tecumseh.
He met Katlyn McClusky in July 2015 and they were married on May 7, 2017 at Roca Berry Farm Wedding Barn. This union was blessed with two children, daughter Autumn and son Dawson.
Zach loved the outdoors, hunting and fishing. When he was young, Zach would take things apart, fix them, and put them back together. Zach was very mechanically skilled and could do woodworking, plumbing and electrical work. He liked to do freelance carpentry and build things. Zach enjoyed visiting others and was a very social person. He deeply loved his wife and two children as well as his entire family.
He died suddenly on Wednesday April 27, 2022 at the age of 27. He will be greatly missed by all who loved him.
Zach is survived by his wife Katlyn and his children, Autumn and Dawson, his parents, Bruce and Christy Lade, his siblings, Seth Lade and his wife Chrissy and his children, Serena, Draven, Piper, Kennedy and Landon, Hannah Karbowski and husband Travis and children Hailey, Abel, Brantley and Riley and Elijah Lade, grandparents Bob and Mildred Bartels, in-laws Jason and Teresa Peterson, sisters-in-law Kylie McClusky and children Braden and Charlotte and McKayla Kortus and husband Tyler and daughters Ezmae and Ashton and brothers-in-law Rowen Campbell and Christopher McClusky and many aunts, uncles, cousins ​​and many friends of Lade and Bartels.
He was predeceased by his grandparents Orvil and JoAnn Lade.