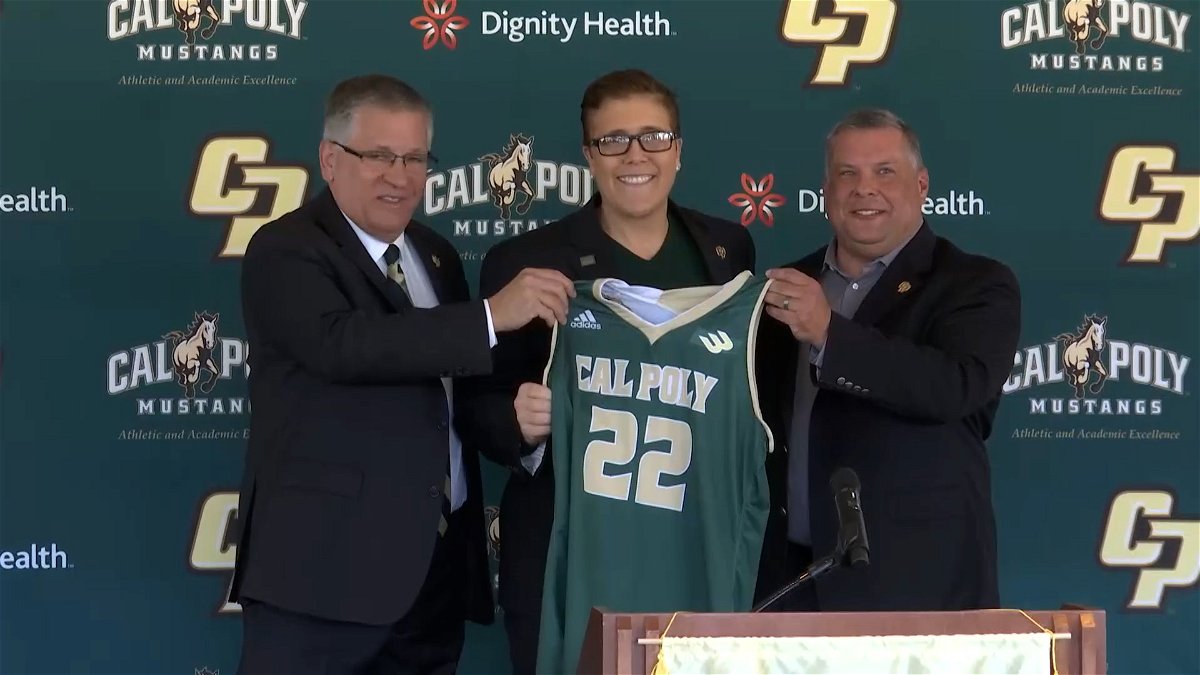 The announcement was made during a press conference by University President Jeffrey D. Armstrong and Athletic Director Don Oberhelman inside the Cal Poly Performing Arts Center. Stires becomes the seventh coach in program history following Faith Mimnaugh’s announcement last month that she would be retiring after 25 seasons at the helm of the program.

“I’m very proud of the Big West Championships this program has won, but most important to me is the incredible success of these student-athletes after graduating from Cal Poly,” Armstrong said. “Under Coach Stires, we will continue this program’s legacy of student growth and development while enhancing our competitive success.”

In six seasons at Cal State East Bay, Stires elevated the program while compiling a career record of 94-53. She’s guided the program to at least the CCAA tournament semifinals in five of her six seasons, including winning titles in 2017 and 2022.

“Coach Stires fits perfectly with the culture of our program and our university,” Oberhelman said. “She brings a high level of energy and enthusiasm to coaching and leading young women, and I know she will continue the longstanding tradition of this leadership development program.”

“Her success as a head coach demonstrates that she can wear all the necessary hats when it comes to leading a team, recruiting, leading practices, developing talent and teaching the X and the O’s of the game of basketball,” Oberhelman added.

Prior to taking the head coaching position at Cal State East Bay in the fall of 2016, Stires served as the associate head coach of the University of San Francisco women’s basketball team from 2012 to 2016. In this role, she was San Francisco’s recruiting coordinator as well as the team’s primary defensive coach. In 2015-16, she was instrumental in helping the Dons win the West Coast Conference and reach the NCAA Tournament for the first time in 19 years.

“I knew Cal Poly was a special place, but after meeting and spending time with President Armstrong, and learning more about his vision for athletics and college, Cal Poly is the right place to build. something special,” Stires said.

“I would like to express my deepest gratitude to Faith Mimnaugh and her team of coaches who came before me,” Stires added. “We will respectfully honor those who have gone before us as we set out to build a program that will make Mustangs everywhere proud.”

At Nebraska-Omaha, she oversaw the recruiting, scouting and development of UNO post players during the Mavericks’ transition to Division I. Stires also helped the UNO double its win total over to the previous year.

In his only season at Stetson, Stires helped the program achieve the second-best turnaround in Division I that year. The Hatters went from six wins in 2009-10 to 20 wins in 2010-11. Stetson won the Atlantic Sun Conference Tournament for the first time since 2005 and earned a berth in the NCAA Tournament. Stires also led the production effort for the top-ranked recruiting class in 2011 at the Atlantic Sun Conference, which included three players listed in ESPN.com’s Top 300. The class was ranked 63rd in the nation by recruiting analyst Dan Olson.

While at San Diego State, the Aztecs won two Mountain West Conference championships and appeared in two NCAA tournaments, reaching the second round in 2009 and Sweet 16 in 2010.

Other past coaching experiences include time at NCAA Division III Augsburg College as well as Salina (Kan.) South High School, which made the Class 5A State Finals while part of the staff in 1997.

From there, she transitioned into a professional basketball career, winning two American Basketball League titles with the Columbus Quest from 1996 to 1999. After the ABL closed, she joined the Minnesota Lynx from the WNBA, where she played 49 games during the 2000 and 2001 seasons. During the WNBA offseason, Stires played overseas in Greece, Portugal and Sweden.

Stires earned his bachelor’s degree in social science from Kansas State in 1995 and a master’s degree in college athletics from San Francisco in 2016.

“You can feel the energy, the excitement and the pride of this community,” Stires said. “I’m honored to partner with Athletic Director Don Oberhelman’s vision to move this program forward.”