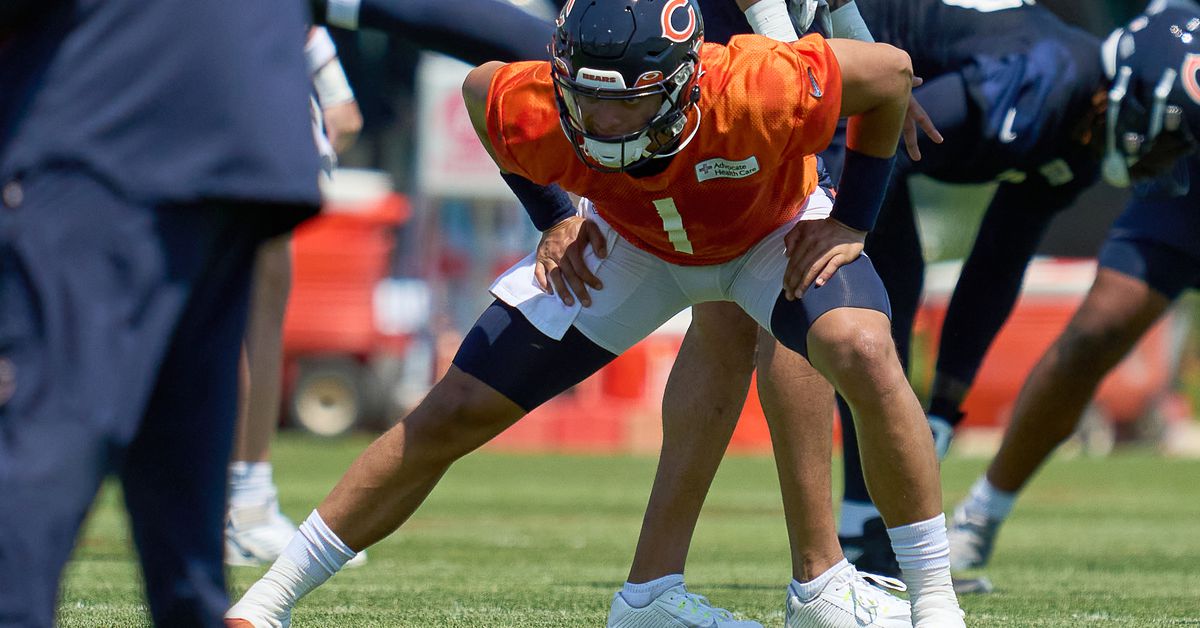 Bears minicamp observations: Justin Fields, sharp offense on Day 2 – RSN – Justin Fields and the offense had nowhere to go but after Tuesday’s tough outing. They bounced back dramatically on the second day of minicamp.

As Bears rate O line, Teven Jenkins lost in shuffle – 670 The Score – A Bears 2021 second-round pick, tackle Teven Jenkins appears to be out of favor with Chicago’s new regime as he worked with the team’s second offensive line recently.

Bears look to a pair of DEs with Robert Quinn out

Why didn’t Devin Funchess work with the Carolina Panthers? – Pride Of Detroit – Funchess is now a Detroit Lion. But before we can project what he can do here, let’s see why the former second-round pick never got a second contract with the Panthers.

Ron Rivera: We’re not trading Terry McLaurin – ProFootballTalk – Rivera said today that a trade isn’t even something COs would accept.

Khalil Mack calls Week 1 v Raiders ‘just another game’ – ProFootballTalk – Mack says he knows Raiders fans won’t be cheering him on anymore but his only goal is to prepare with his own team.

Wiltfong: Chicago Bears offensive line update – Windy City Gridiron – Free agent pick up Dakota Dozier, who worked with the Chicago Bears’ starters at right guard, was kicked from the practice field at Halas Hall yesterday with a leg injury, so…

Wiltfong: What could the Bears’ running game look like in 2022? – Windy City Gridiron – There’s been a lot of talk about the Chicago Bears moving to a Shanahan-type offensive philosophy in 2022 under freshman offensive coordinator Luke Getsy, and that should sync well with…

Berckes: The Bears Hopium Den – Women in Sports Media – Windy City Gridiron – JB is joined by Taylor and Stacey to give their views on content creation