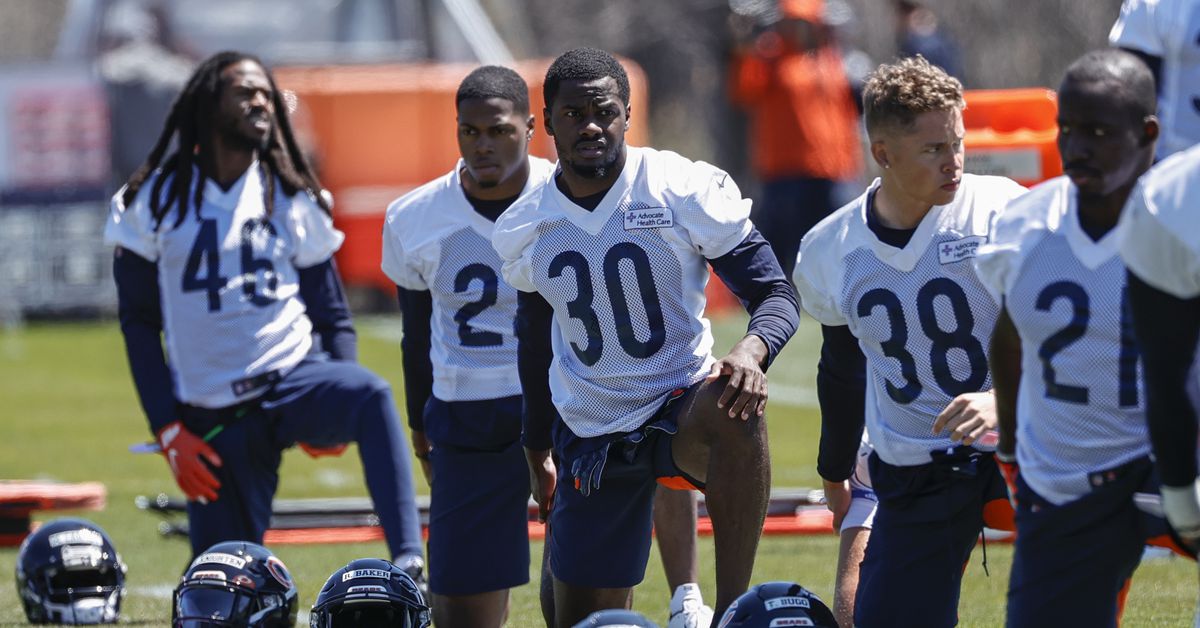 Can the Bears get a ‘nice surprise’ from Teven Jenkins and Larry Borom in 2022? — RSN — Whether or not Larry Borom and Teven Jenkins can hold their own on the outside will determine whether this unit derails Chicago’s season and hinders Justin Fields’ development.

Report: Bears Arlington Park slated for public review this fall – RSN – The Bears signed a purchase deal last year and could leave Soldier Field if they close on the property.

What to expect from Bears WR Velus Jones Jr. – On Tap Sports Net – Using stats to project a range of results for wide receiver Velus Jones’ rookie season with the Chicago Bears.

What could Bears get in a trade with Robert Quinn? – 670 The score – Veteran Bears passer Robert Quinn could be looking for a trade this offseason, when what could Chicago get in return? Tribune reporter Brad Biggs responded to this on The Mully & Haugh Show.

Does winning really trump everything? – Chicago Sun-Times – The Deshaun Watson lawsuit saga raises the troubling question of how much NFL teams will endure to land a great QB.