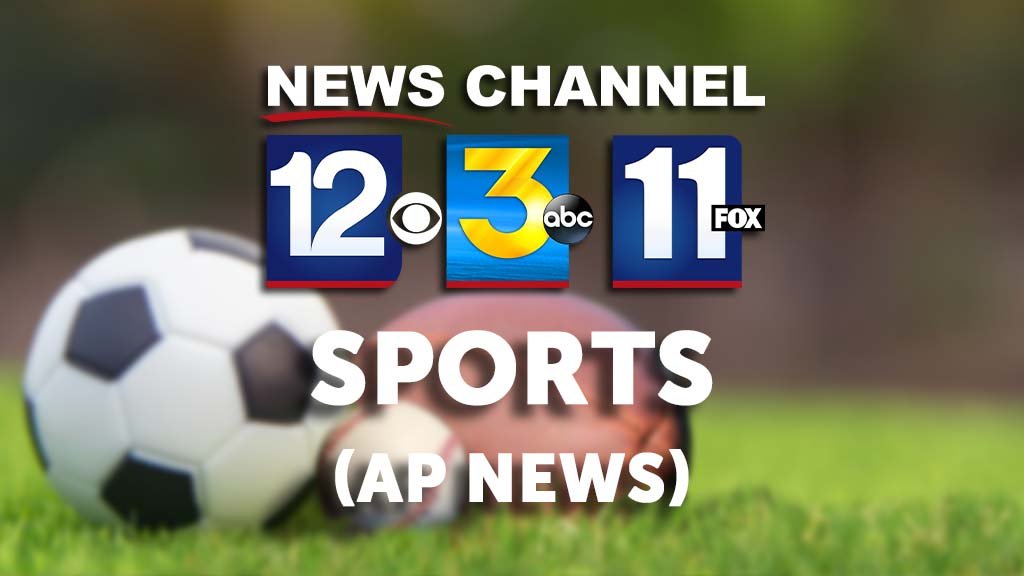 LONDON (AP) — Just when it looked like England might once again be weighed down by expectations and history, Chloe Kelly made the breakthrough.

Kelly’s goal in the second half of extra time – the first she has ever scored in a competitive international game – propelled England to their first major women’s football title on Sunday, beating Germany 2-1.

By the time Kelly scored, England looked tired, even with the boost from the home crowd, and were struggling to cope with the new German substitutes. The match had ended 1-1 after 90 minutes at Wembley Stadium with Lina Magull for Germany canceling out Ella Toone’s goal for England.

Then Kelly kicked a loose ball on the second attempt in the 110th minute after Germany failed to clear a corner. Cue the celebrations, the chants in Trafalgar Square and the Queen’s congratulations.

“I always thought I would be here, but to be here and score the winner, wow. These girls are amazing,” said Kelly, who returned from a serious knee injury in April. “It’s amazing, I just want to celebrate now.”

Kelly took off his shirt to celebrate his goal, earning a yellow card but also a shout out from Brandi Chastain, who celebrated in a similar style when her penalty won the World Cup for the USA in 1999. “Enjoy the tours free pints and dinners for the rest of your life from all over England. Cheers!” Chastain wrote on Twitter.

After the final whistle, the England players danced and the crowd sang their anthem “Sweet Caroline”. The good-natured atmosphere inside the stadium on Sunday contrasted with the violent scenes when the England men’s side lost their European Championship final to Italy at the same stadium a year ago.

The tournament’s record crowd of more than 87,000 underlined the growth of women’s football in Europe since England and Germany last played for a continental title 13 years ago.

On that occasion, Germany secured a 6-2 win over an England side that still relied on part-time players. Two years later, England launched its Women’s Super League, which professionalized the game and became one of the world’s premier competitions.

This has meant increased competition for Germany, which was a pioneering nation in European women’s football and increasingly faces well-funded rivals such as England, Spain and France.

England’s title comes 56 years after the country’s only major men’s title, which was also an extra-time win at Wembley against Germany in the 1966 World Cup. Queen Elizabeth II’s congratulatory message went called the England team “an inspiration to girls and women today and to generations to come”.

The players, too, are aware that their success has important consequences.

“We talked and talked and finally we did it,” England captain Leah Williamson said. “It’s the proudest moment of my life, so I’m going to enjoy it and enjoy every second. The legacy of this tournament and this team is a change in society. We brought everyone together.

Germany were without captain Alexandra Popp, the team’s leading scorer with six goals, on Sunday after reporting a muscle problem during the warm-up. She was replaced in the line-up by Schüller while Svenja Huth took over as captain.

The game was scoreless after a physical first half in which Ellen White shot just over the bar for England, while Marina Hegering nearly forced the ball for Germany from a forward corner until Williamson and Earps intervene.

Either team could have had a penalty in the first half, first when the ball appeared to hit Williamson’s arm as they cleared, and later when Hegering dove to clear the ball and collided with Lucy Bronze.

Ella Toone latched on to a long pass from Keira Walsh to get behind the German defense in the 62nd minute and deftly sent a chipped shot past keeper Merle Frohms and into the net for the opening goal.

Toone’s goal, six minutes into the game from the bench, sparked celebrations as England coach Sarina Wiegman – the winning coach with the Netherlands in 2017 – raised both arms in delight.

Facing their first defeat in nine European finals, Germany went close when Lea Schüller hit the post, then leveled the score in the 79th when Lina Magull hit a low cross past England keeper Mary Earps, extending the match.

When the game went into extra time, there were echoes of another European Championship final at the same venue the year before, when the England men’s team had a 1-0 lead but lost to the penalty shootout against Italy, but Kelly’s goal changed all that. England took control of the game in the dying minutes, denying Germany the chance of a second equaliser.

After the final whistle, Popp joined her teammates on the pitch and, along with midfielder Lena Oberdorf, was comforted by England’s Georgia Stanway.

Wiegman was in the middle of the press conference when his team burst into the room, singing and dancing around the top table.

Keeper Earps even got on the table to keep dancing as the celebrations looked set to continue late into the evening.

Wiegman remains unbeaten in 12 games as a coach at the European Championships having won the tournament first with the Netherlands and now with England. One of her first actions after England’s victory was to share a hug with 35-year-old midfielder Jill Scott, the only player left in either team since the defeat at England in 2009 against Germany.

The match was refereed by Ukrainian Kateryna Monzul, who fled her home country after Russia invaded. One of Europe’s leading referees, Monzul left her home in Kharkiv – a major city that was heavily bombed by Russian forces – and spent five days living in a basement in her parents’ house before to leave the country and eventually to live and work in Italy.