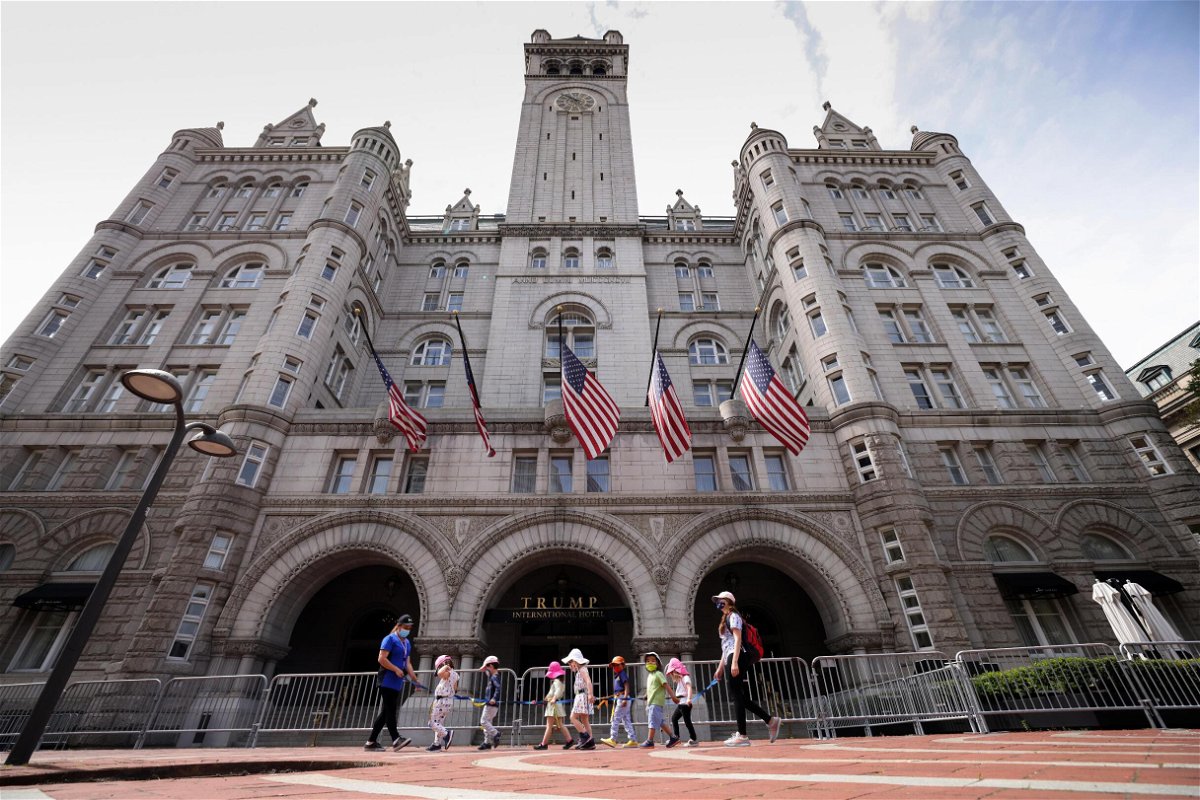 The General Services Administration has approved the buyer of the Trump Organization’s luxury hotel lease in Washington, paving the way for the deal to continue.

The GSA said it has hired a third-party consultant to assess CGI Merchant Group and its partner Hilton Worldwide Holdings Inc., which will operate the hotel as a Waldorf Astoria property. After a review, he said, he determined that CGI was a “qualified assignee” and Hilton was a “qualified operator,” a necessary step for Trump to sell the lease. The GSA said its contracts manager informed the Trump Organization of its decision on Friday.

The Trump Organization did not immediately respond to a request for comment. A CGI spokesperson declined to comment.

A person familiar with the deal says it is on track and could be announced in the coming weeks.

CNN previously reported that the Trump Organization had reached an agreement to sell the ornate building’s lease for $370 million.

The hotel has been a source of controversy – and the subject of lawsuits and investigations – since Donald Trump became president. It was a meeting place for Republicans and others who sought to be close to the then president. But it also caught the attention of Democrats who believed Trump was taking unfair advantage of his presidency.

The GSA, which manages federal buildings and lands, awarded the lease of the former post office building to Trump in 2012. Trump opened the hotel in 2016, when he was the Republican presidential nominee .

When he took office, Trump resigned from his companies but transferred his assets to a trust run by his sons, allowing him to continue to benefit financially from the DC Hotel and his other businesses.

Documents released by the House Oversight Committee showed the hotel received millions from foreign governments in payments and loan deferrals, which Trump did not disclose, raising conflict of interest questions potential during his presidency. The committee last month asked the GSA to terminate the lease before Trump could sell it, in order to bar the Trump Organization from profiting from the sale.

The GSA said its review determined the sale price was reasonable.

He added that Trump and CGI believe the hotel, which was unprofitable under Trump, “would generate significantly more revenue than is currently being generated, largely through the ability to bring more guests to the hotel.” ‘hotel”.

This story has been updated with additional details.