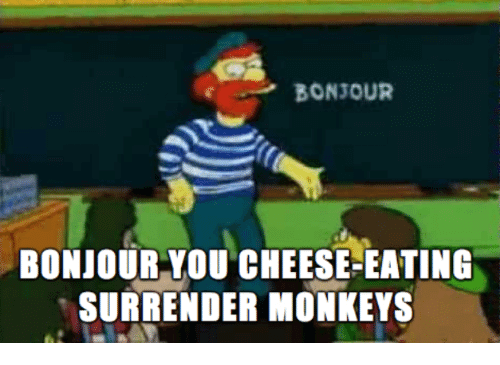 Welcome, GAGR, to Monday’s Rugby News! Today we’re going to check out the action in Buenos Aires, the viewing figures for Thursday’s game in the sports capital of the world, the Super Round to get back… you guessed it… the sports capital of the world (!) , a brilliant take on ‘Final Whistle’ from World Rugby feat. VRRA and Australia’s own Amber McLachlan and reflect on Lurch’s court hearing.

South Africa emerged from Buenos Aires as New Zealand’s main rival for the Rugby Championship after Argentina were beaten 36-20 on Sunday (AEST).

The Springboks had to work hard before securing a 36-20 triumph over a spirited Argentinian side in their Rugby League Test in Buenos Aires on Saturday. Despite a relatively dominant performance in the first half, the Boks crumbled after half-time and saw Pumas back in the game before late tries from Damian de Allende and Malcolm Marx secured them the result and a significant bonus point. Marx scored another try for the visitors in the first half and their other points came via a five from Jaden Hendrikse, a conversion and penalty from Damian Willemse, two conversions from Frans Steyn as well as a penalty try.

Dismal discipline by the Pumas in the first half, matched by the Boks in the second, led to a penalty tally of 34, or one penalty every two and a half minutes. No doubt it turned out well in favor of the Bokke.

All four teams could still claim the fiercest competitive championship yet in the final round next weekend and, in the unlikely event that the All Blacks lose to Australia at their Eden Park stronghold for the first time in 36 years , the Springboks are in a prime position to take advantage. They and the All Blacks are on 14 points – the All Blacks have a vastly superior point differential – Australia have 10 points and Argentina nine. Who knows what will happen because I think I have now seen everything from this championship…

There have only been two Bledisloe Cup matches in midweek and both ended in great drama: the 1994 Gregan tackle and the 2022 ‘Raynal Ruckus’.

So the faint-hearted can consider themselves warned: The midweek Bledisloe Cup game appears to be a semi-regular event after a successful change in Melbourne left broadcasters, the Victorian government and Rugby Australia all happy. In one of the best ratings performances for many years, the Wallabies-All Blacks clash drew 630,000 viewers on Channel Nine nationwide, and with over 70,000 streams on 9Now, it s ended with an audience of over 700,000 people. That tops the 630,000 who tuned in to watch the Wallabies take on England in Brisbane in July, and combined with Stan’s viewership figures (which are not published but estimated at more than 300,000), informed sources said the Bledisloe Cup clash would have attracted an audience of over a million viewers. But given the experimental nature of the switch to Thursday night, which was done to avoid the AFL Finals in Melbourne, the strong TV audience and a crowd of 53,245 at Marvel Stadium is considered a big success by all sides. parts. Sources with knowledge of the situation say Victorian government officials were very pleased with the success of the Thursday Bledisloe Cup, and with the potential to draw visitors to the state over a long weekend, it is a fixture that they would like to do again. Key figures from the Nine Network, which publishes this masthead, are also open to more midweek testing and flexible scheduling from the Wallabies, which also takes matchday matches into account. In the hours leading up to the Bledisloe Cup test in Melbourne, Rugby Australia chairman Hamish McLennan was asked if further midweek tests could be scheduled. “Absolutely. State of Origin is played mid-week. Why not?” McLennan told reporters. “It’s about creating clean air for the game. We did an experiment in Adelaide that paid off playing in the afternoon. We will schedule more and more matches during prime time. Thursday is a good night for sports.

**Edit** I forgot to say that rugby union is clearly not dead. A million viewers and massive coverage (bad press is good press, right?) on social media and MSM. I thought the servers on GAGR and the other site were going to explode last Friday!

The world’s best rugby players will return to Melbourne for an action-packed weekend of Super Rugby with the ‘Super Round Melbourne’ returning to AAMI Park from Friday 3rd March to Sunday 5th March 2023. The second iteration of the Super Round Melbourne will be more than rugby with event organizers Actually Planning any additional music, entertainment, food offerings and interactive experiences to be held around AAMI Park for the enjoyment of fans. Activations celebrating the cultures that make up the Super Rugby Pacific competition will be held throughout the three days, with record numbers of South Pacific fans expected to travel to Melbourne for a unique weekend of rugby.

Now, I’ll be the first to be ridiculously critical of the first Super Round. The level of rugby was good. The weather was crisp. Everything else was pathetic! Now, if I had my way…. I would do a lot of things differently… but if you’re good at something, you don’t do it for free (except refereeing… but I’m not really “good” per se!). I really hope that the official organisers…a Kiwi company, SANZAAR or whoever is actually running the competition these days (including Rugby Victoria and Melbourne Rebels…they are equally responsible in my book) and anyone else involved will get their collective shit sorted.

By the way, we’ll almost certainly be having a GAGR meeting… so make sure your leave stamps/bail/flex time/Parole/Permission etc. be sorted well in advance please ladies and gentlemen and Hoss.

Watching live in the stadium, it seemed like one of the craziest cheese ever. On closer inspection, it looks like Swain might just be sidelined. How does one guy manage to ruin everything in the space of 26 seconds (that’s the time it took him to replace Rob Leota with the aptly named cheese-loving abandonment monkey), not to mention being such a food is beyond me.

There’s been a bit of backstage discussion among the crapparazzi about it. While I’ve always viewed Swain as a loose cannon for the Vikings (where he’s long been known as a get-away penalty magnet courtesy of his local club/super/national coach, Chuckles McKellar), it seems about time someone pulled him out the back and showed him exactly what it means to be a rugby player. There’s no doubt he’s a pretty decent rugby player, but Jesus farking Christ, he’s directly responsible for two game-defining moments in one season throughout his own shit.

I expect a pretty heavy layoff, but who knows what the WR “Chocolate Wheel of Justice” will bring this time around.

AMBER McLACHLAN GETS “THE CALL”‘

World Rugby has released four episodes of “Final Whistle”, which follows four international referees as they travel to the WRWC in Noo Zeelund in a few weeks. This is a fascinating documentary of the hard work these women have gone to in their refereeing careers, and shows both the progress our leading referees have made, as well as the ruthless nature of the profession. Good viewing!

NOTE: Episodes are from last (episode 4 – Amber) to first (preview) with episode 2 being Hollie Davidson and Kat Roche and episode 3 being Sara Cox….

2022-09-19
Previous Post: EXPLAINER: How the strong US dollar can affect everyone
Next Post: Forecast for Sunday evening September 18