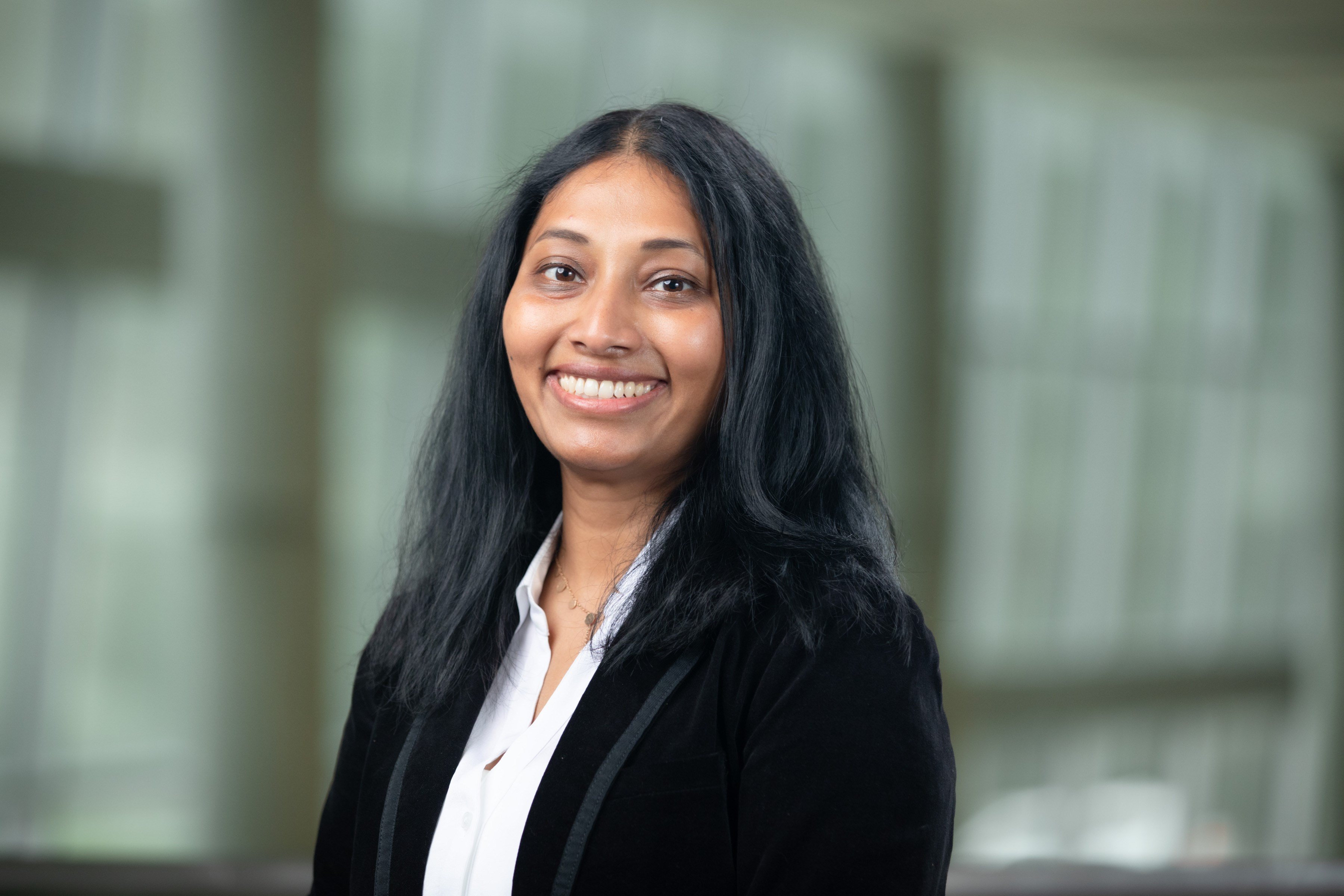 Methamphetamine use disorder (MUD) is associated with chronic inflammation of the brain. It also has a very high relapse rate – a recent study from the University of Nebraska-Lincoln reports that meth use and overdose deaths are increasing in rural parts of the state.

Are these two things – inflammation in the brain and relapses of meth use disorders – related?

A University of Nebraska Medical Center-UNL research team, led by Sowmya Yelamanchili, PhD, associate professor of anesthesiology in the UNMC Department of Anesthesiology, recently published findings in a leading medical journal that make that connection and more.

Furthermore, the study found that mir-29a levels show a significant increase with both drug seeking and “reintegration,” a pattern of relapse, in animal models. An anti-inflammatory agent, already approved by the FDA for other conditions, can reduce mir-29a levels and thus “rescue relapse in animals,” Dr. Yelamanchili said.

Through the study of plasma from human subjects with methamphetamine use disorders, the team validated mir-29a as a biomarker to detect chronic inflammation and synaptic damage.

These results show that “the presence of this microRNA can cause relapse,” said Dr. Yelamanchili.

“We’re thrilled to have found this critical lead.”

Publication in the leading journal in the field, the Journal of Extracellular Vesicles, means the scientific community thinks the findings are important. “This means that this work has great translational relevance,” said Dr. Yelamanchili.

Dr. Pendyala is a crucial collaborator, as are Howard Fox, MD, PhD, professor of neuroscience, and Rick Bevins, PhD, director of the Rural Addiction Research Center at UNL.

The in-depth study was a five-year journey for Dr. Yelamanchili and his team. She first came up with the idea to study how extracellular vesicles — organelles that regulate several bodily functions, including the transport of cargo molecules (in this case, cell-to-cell microRNAs) — contribute to inflammation. in other diseases. Nebraska is the first to connect it to MUD.

The team then validated their findings using in vitro cultures, where the introduction of mir-29a caused damage to synapses, and finally to the plasma of human subjects, which confers a high degree of translational relevance.

In preclinical animal models, treatment with the anti-inflammatory ibudilast decreased mir-29a, attenuated inflammation, and “rescued” damage to synapses and dendrites. The team, funded by an R01 grant from the National Institutes of Health, is actively pursuing further therapeutic studies and aims to move into clinical subjects, hopefully within a few years.

Here is the UNMC press release:

According to the National Center on Substance Abuse and Child Welfare, methamphetamine use disorder (MUD) “is a complex brain disease that affects an individual’s well-being and can also affect their entire family.” This human concern motivates Sowmya Yelamanchili, PhD, Gurudutt Pendyala, PhD, Howard Fox, MD, PhD, and their UNMC teams, in collaboration with Rick Bevins, PhD, and the UNL Center for Rural Addiction Research.

These researchers are working to make their lab research translational, so that it reaches their fellow Nebraska people, some of whom have been devastated by the effects of methamphetamine use disorder.

“It’s very debilitating and stressful, not just for the person taking it, but for the whole society, the family members,” Dr Yelamanchili said.

A 2021 report from the Center for Rural Addiction Research noted that overdose deaths involving psychostimulants have increased 58.8% in Nebraska since 2018.

“It’s an issue that’s very close to us here at home in Nebraska,” Dr. Pendyala said. “We’ll see how translational this work becomes, how it can help people with this disorder.”

Dr Pendyala said he hoped the study would provide “a ray of hope”.

We are Nebraska Medicine and UNMC. Our mission is to lead the world by transforming lives to create a healthy future for all individuals and communities through top-notch educational programs, innovative research, and extraordinary patient care.