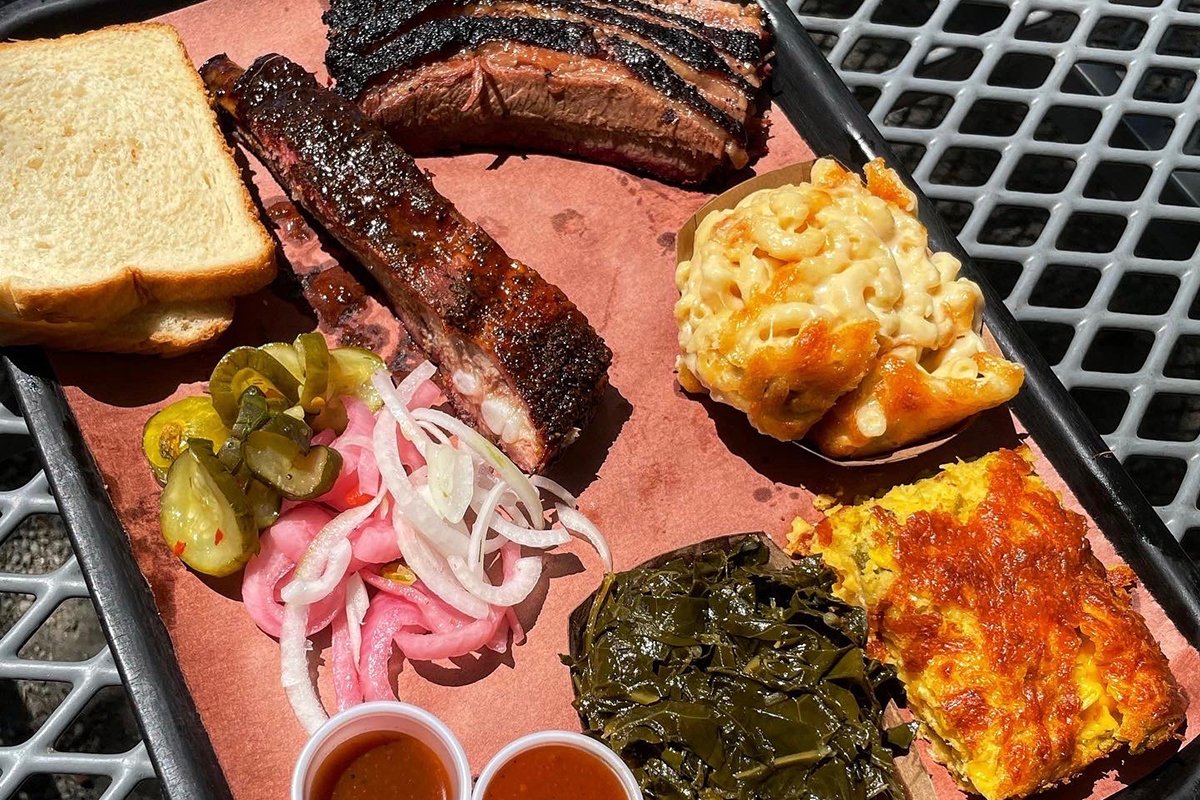 What could be cooler than a new cooking series that channels all the heartwarming joy viewers love from shows like ‘The Great British Bake Off?’ – one filmed just outside of Richmond. Produced in partnership with VPM, Virginia’s home to public media, “The Great American Recipe” airs on PBS this summer and features the stories behind recipes from home cooks across the country. (Richmond Magazine)

While most people pack extra socks when they travel, Willoughby Obenchain packs his pizza pans. Causing chatter on the local pie circuit, its Detroit-style pop-up, secret places, is gradually becoming a household name. The Virginia native and Phish enthusiast puts texture — a distinctly crispy crust is a hallmark of the style — and attention to detail at the top of the list. (Richmond Magazine)

A longtime Fan bar and restaurant was the site of a fatal shot during the 4th of July holiday weekend. Sunday evening, while on the terrace of City Dogs, 36 years old Kyle Stoner, a regular at the Main Street restaurant, suffered a fatal gunshot wound. Described by friends as empathetic and an incredible father, Stoner has worked at restaurants including The Conch Republic and most recently Buz & Ned’s Real Barbecue. An arrest was made and City Dogs reopened on July 6. (Richmond Times-Dispatch and WTVR)

The Grace Street building once housed the family bakery known for its packed lunches, Sally Bell’s Kitchen, which opened nearly 100 years ago and has since moved to 2337 W. Broad St., has been recently demolished to make way for a future VCU dormitory. (Richmond BizSense)

Billy Pie bid farewell to his brick-and-mortar restaurant at Patterson and Three Chopt. Owner Billy Fallen’s business will increase its production of frozen pizzas, but can still be found making fresh pies during brewery hours at Basic City Beer Co. in Manchester.

European crust is moving to new digs at 5423 W. Broad St. and will host a soft opening on July 22.

The Happily Natural Festival, led by food justice advocate Duron Chavis, is launching a Literary Garden Series aimed to unite young people through reading while rooting them in gardening. The free series will begin on July 13 at Brook Road Youth Farm. PS: Tickets are currently on sale for the next Resistance Daya three-course vegan farm-to-table dinner and a tour of the Urban Garden.

The Glizzies are having a moment. horn dogsthe pop-up dedicated to franks and fun puns, plans to hold an event at The Veil Brewing Co.’s Forest Hill Avenue location on July 24.

One of the first of its kind in the area, the new Carytown Bottle Shop Item 5 is stocked with a range of spirits, refreshing rosés and crisp beers – all without the alcohol. (Richmond Magazine)

Fleshy, juicy and delicious, mangoes are tropical treasures, and we’re here to provide some wisdom behind the stone fruit, including where to find a scoop of sno-mangonada, which has been dubbed “pleasure in a cup.” (Richmond Magazine)

Grab a few pints of bloobs and check out this recipe from JC Desserts to make a blueberry trifle that screams summer. (Richmond Magazine)

The unofficial summer mantra: cold and carbonated. From an Aperol spritz to a Paloma drink to an inspired twist of lemon drops, we’ve put together a collection of places to enjoy refreshing sips, plus recipes for homemade suspensions. (Richmond Magazine)

The Manchester Jubilee is present the brunch in the mix this weekend, available Saturday and Sunday from 11 a.m. to 3 p.m.

Fat Kid Sandwiches from Hatch Local launched a Cheesesteak shop menu for the summer dedicated to cheesesteaks, with the exception of a tomato sammie.

Owners of River City Diner are expanding their restaurant portfolio. With a restaurant duo under their belt, Mick Fleck and his son-in-law Jared Shanks bring Teriyaki madness at Winterfield Crossing in October. (Richmond BizSense)

Sunny Baweja’s Lehja – with a list of over 400 bottles – joined Longoven as a recent recipient of a Wine Spectator Award of Excellence.