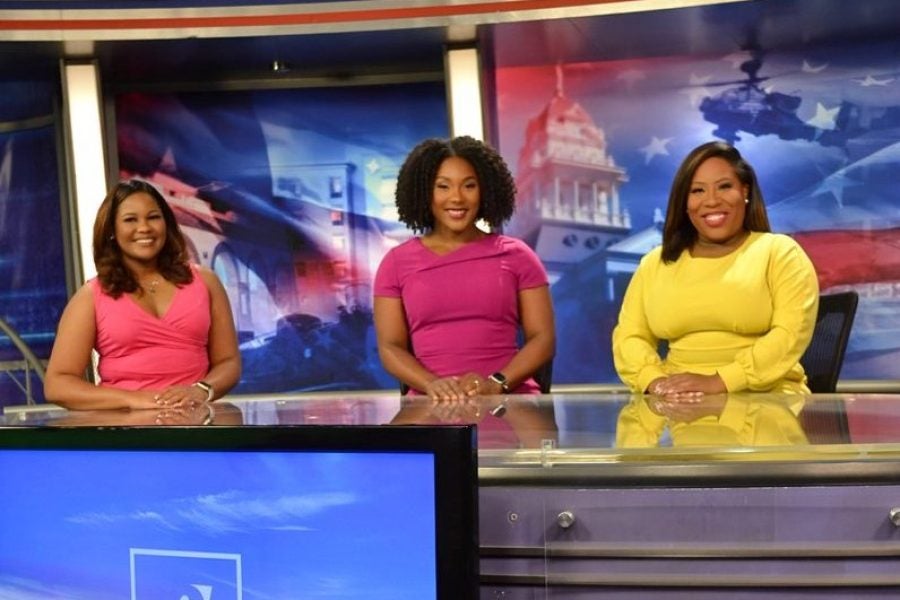 Co-presenters Taheshah Moise and Jasmin Caldwell and meteorologist Ashley Carter made history on May 2, 2022 when they debuted as Texas “Station’s – and probably the very first all-black, all-female news anchor team in the country.

Their show, Texas Today, airs weekday mornings from 4:30 a.m. to 7:30 a.m., portion “the central area of ​​The Lone Star state, including Temple, Waco, [and] Killeen…and it runs on KCEN, an NBC affiliate.

Caldwell released the Twitter share the exciting news of his promotion and the significance of the occasion.

This remarkable moment almost never happened, as Caldwell considered parting ways with KCEN once his weekend anchor contract expired before a fortuitous turn of events occurred. She learned that Chris Rogers, Moise’s co-host for the Pin up would be “leaving for KCEN’s sister station, WTSP, in Tampa, Florida…[and] her boss asked if she was interested. Caldwell was surprised because she never thought she would even be considered with Moise, “another black woman in the news desk”, who was already a co-anchor.

“When I came to KCEN in 2017, we didn’t have African American anchors. It was completely different,” Caldwell said. “Growing up, I always saw all-white news anchors… I didn’t think there would ever be black newscasts I knew there was always room for one, but I didn’t think I would see three African Americans – male or female – permanently , all at the same time. No way,” Caldwell added.

Moses reflected“I just think back to when I was a young girl and I watched the news with my parents and I never saw anyone who looked like me… If I did, they were outside to do reporting in the cold.”

“It didn’t hit me when nobody really looked like me, like the people I watched growing up… But as I started doing it, people started pointing it out, how there wasn’t a lot of women who are black and doing the weather. It kind of added to the responsibility of ok, I couldn’t see it grow, and now the little girls in this area are going to see me when they wake up and now it can become a reality,” declared Carter.

All three have worked exceptionally hard to get to this point in their careers and are excited to be on this journey together.

Although it’s Black Girl Magic personified, Carter expressed some concerns saying“I think the thing that I feared the most was that people would downplay our talents to try to say that this team was put together so that this station could look more diverse… I think it’s important to know when people watch us every morning, they’re going to be able to see that each of us has earned our place on this team. I don’t think our news director did that on purpose. I think that he just realized they’re all female and they’re all black, but hey, they’re the best for this show, and that’s what we’re going to do.