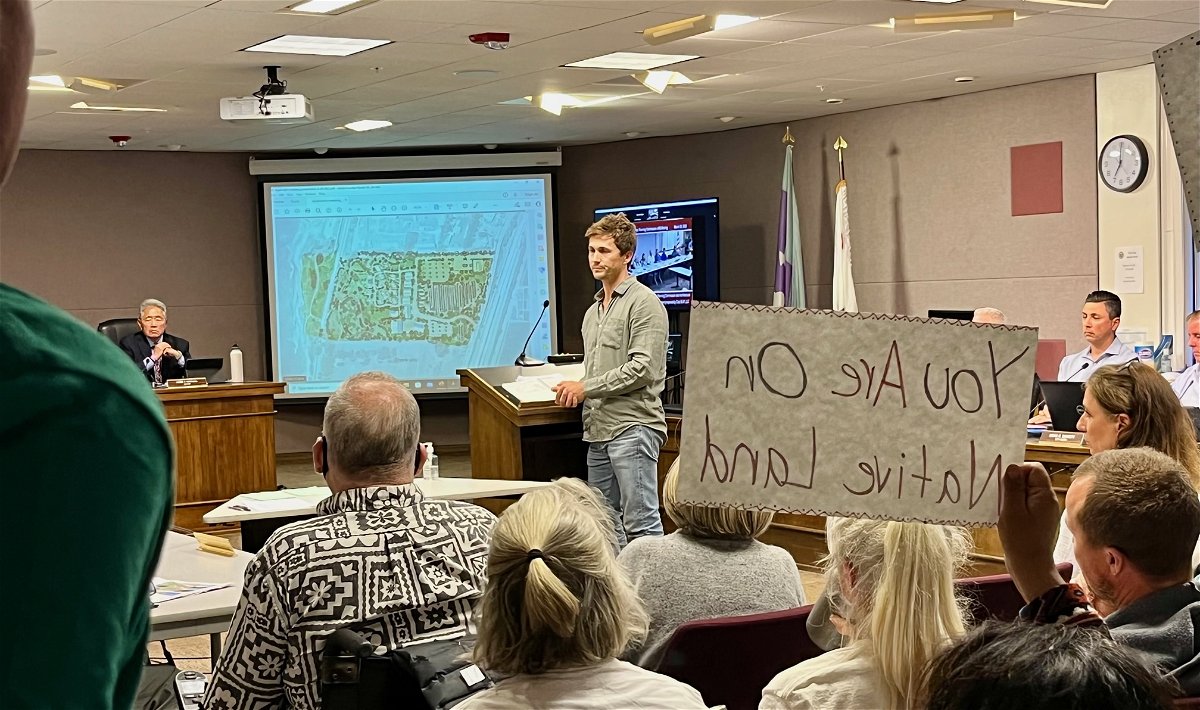 CARPINTERIA, Calif. — Some people who hit golf balls at the First Tee at Sunset Ridge off Carpinteria Avenue are concerned that a proposed project could shut down their favorite driving range.

They call it Tee Time and it’s open seven days a week for people of all ages.

Golfer Kenny Bouchard said: “I understand there is an economics for this, but at the same time I believe in the development of young people in the sport and in this great place for children to enjoy the game.”

But the area is now at the center of a proposal called Carpinteria Farm & Hospitality Experience.

It would cover the 28-acre site, farmland and undeveloped acres between the cliff top and the train tracks.

It would include a 99-room hotel, 34 bungalows and a building with 16 residential units, a restaurant and event space.

It would also include an organic farming area, farm stand, open space and trails.

People packed City Hall and an outdoor tent to hear and comment on the concept review Wednesday night.

They included members of a group called “Save The Rest of the Carpinteria Bluffs”.

Julia Mayer brought her children to the podium and said, “We cannot allow a complex to be placed in the middle.”

Mayer helped fight for a skate park for her children’s enjoyment and she doesn’t want them to lose the open space that the whole community enjoys.

Speakers, including council members, spoke of the estuary on one side of the Carpinteria and the cliffs on the other.

They also talked about having a Chumash story.

Susie Anderson held a sign opposing the proposal and said: “The cliffs belong to the people, they have a history of open space, they are open spaces and they should remain open spaces forever.”.

But the land has been sold to developers looking for opportunities and it’s not the first time the city has heard proposals.

“We’re really trying to get a lot of that down to the point where it’s as tight as possible,” Goodwin said.

He said they tried to work with the general plan and the community to create something special for Carpinteria.

“There would be a restaurant that would be super unique to this project and I think an agricultural component has worked successfully in other parts of the world.”

He said it wouldn’t be like the Rosewood Miramar in Montecito.

“I personally think it’s a parody of what happened on the road, as I mentioned I went to the original for many years as a kid.”

He said they had been working on the concept for 30 months and had a lot to think about after hearing all but one public comment in favor of the concept.

“Maybe there is a way to come up with some kind of project that can make existing open space permanent and active recreational open space more permanent.”

No votes were taken at the hearing.

This was only the first public hearing before City Council, the Planning Commission and the Architectural Review Board on a proposal that may require Coastal Commission approval.