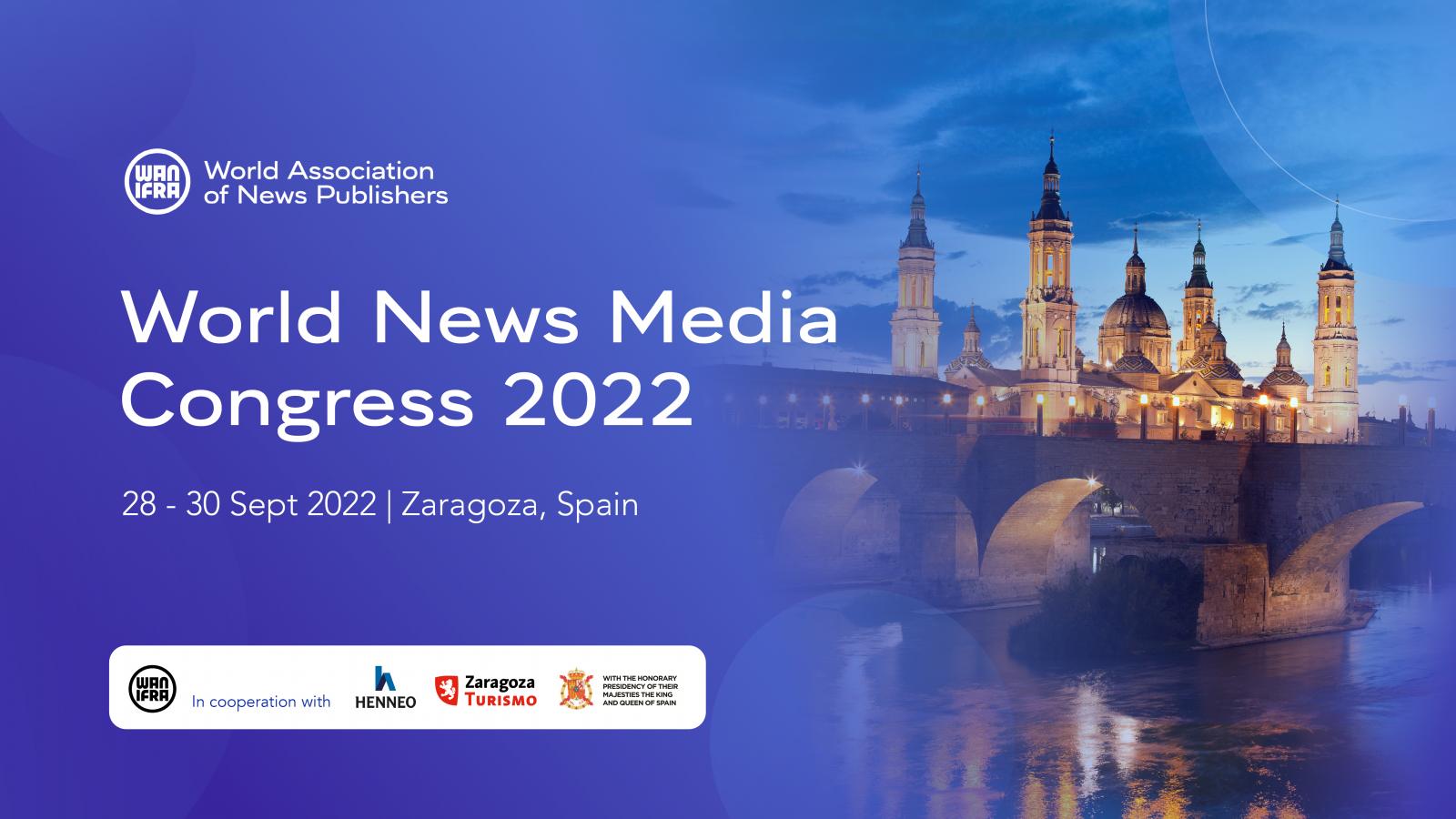 The World Association of News Editors (WAN-IFRA) will host the World News Media Congress on Wednesday 28e – Friday 30e September, in Zaragoza, Spain. Their Majesties, the King and Queen of Spain, have been named honorary presidents of the event, organized by WAN-IFRA in association with the Henneo publishing group and Zaragoza Tourismo.

800 journalists, editors and news media executives from 70 countries and six continents will gather at the event, which will include around 100 speakers. The program includes three main conventions, including the Global Media Leaders Summit, the Women in News Summit and the Global Editors Summit, the latter featuring a major workshop on sustainable journalism on climate change.

In addition, throughout the event, the focus will also be on finding ways to safeguard the future of independent news publishing. Publishers will share successful reader revenue strategies incorporating strong product thinking and innovative advertising solutions.

Delegates will also address troubling press freedom challenges around the world and support initiatives to promote greater diversity and inclusion within news organizations and in their journalism.

For WAN-IFRA President Fernando de Yarza López-Madrazo, hosting the Congress in his hometown of Zaragoza is important. “Since being elected to lead WAN-IFRA in 2019, I have wanted to share Aragon with the global media community and show the vitality of independent local media. But the pandemic disrupted our plan,” de Yarza said.

“This year, we are finally ready for an exceptional and well-attended event under the presidency of a great defender of a free, independent, diverse and plural media ecosystem in the world, the King of Spain, HM Felipe VI. “

You will find more information about the event here.