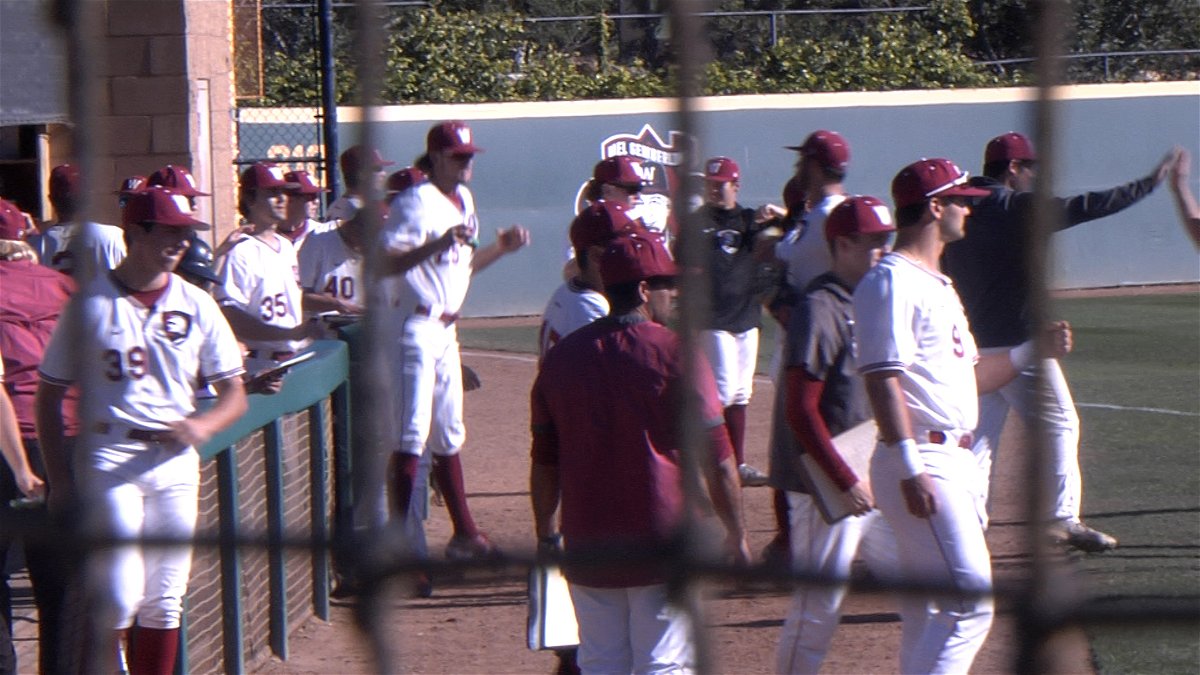 MONTECITO, Calif. — Freshman Bryan Peck pitched five scoreless innings and Simon Reid opened the scoring with a solo shot in the sixth, but Westmont couldn’t hang on in a 5-game loss. -3 on Day 1 against No. 4 Lewis-Clark State.

The Warriors’ three points came via solo home run. Once the runners were reached, the bats were unable to capitalize as the club left 11 runners on base and did not register a single hit with a runner in scoring position.

“We were facing a proven number one on the mound today,” Westmont head coach Robert Ruiz said. “I was telling our guys after the game that their guys had done what they were supposed to do. I don’t want to take too much away from our hitters. Sellers is one of the best guns we’ll see all year and I think we still have some good at bat.

Peck, the first true freshman to get the opening day green light under Ruiz, made his college debut in a storybook. The Palmdale native opened the season by knocking out LC State’s Riley Way, allowing the hometown crowd to erupt as the season was officially underway.

The right-hander did not stop there.

Using a mid-80s sink fastball and a mid-70s change, Peck struck out the first 12 batters he faced while recording seven strikeouts. Earlier this week, Ruiz said he had hoped Peck could get him through three to four innings before getting the ball back in the pen. After four perfect innings on just 64 pitches, the rookie had the opportunity to head into a fifth inning of work.

Nick Seamons broke the perfect play bid by lining up a single on shortstop Robbie Haw’s glove, and Peck dug himself a deeper hole when he dipped the next batter to put in two without anyone .

After a visit to the mound, Peck recorded his eighth strikeout and center fielder Mezurashi ran a ball into left center field. Then Peck walked to charge the bases with two outs.

On an 0-2 pitch, Peck made a change that sank under the barrel of Dominic Signorelli, and the rookie let out a roar as he came off the mound with his ninth strikeout and five shutout innings to his assets during his collegiate debut. .

“A lot of people asked us last week why we were starting a real first year on opening day, against LC State,” Ruiz said. “I think he showed on the mound today why we put him there. A lot of times you want to protect your young guys and slow them down in their college careers, but with a few guys down we had a choice to make.

“As a team we thought Bryan was the guy who could give us a chance to win today and he showed why today. I was thrilled with the courage he showed and his ability. to throw with leverage. He gave us the chance to beat a really good team. If that’s a sign of what’s to come, we’re pretty lucky to have him.

After Gabe Arteaga shot a 1-2-3 in the first half of the sixth, the game was still tied 0-0 due to the efficiency of Trent Sellers-Lewis-Clark’s ace which tied Peck and the bullpen to that point.

Finally, Reid sat on a 2-1 fastball and led the bottom of the sixth with a commanding home run to right field, sending the third base dugout into a frenzy with the home crowd. Among those who got back on his feet was Reid’s brother Bailey, who got to see his brother play for the first time since graduating in 2020.

Young Reid had four of five hits at bat in the season opener.

A perfect opening day began to come to an end during the next half-inning, when Lewis-Clark State scored its first runs of the season. Arteaga allowed back-to-back singles to open the frame, which put the runners in the corners with no one on. Then the right-hander popped a fly ball past Reid, which allowed Seamons to drive home for the visitors’ first inning.

Then, after Carlos Moreno came on in an attempt to put out the fire, Sam Linscott gave the road side the lead with a sacrificial volley down the middle straight away, driving Luke White home.

After being held scoreless in the bottom of the seventh, Westmont fell even further behind when Way bludgeoned a two-point shot over the left field wall to make it 4-1. The extra insurance proved essential for the visiting Warriors when Brady Renck kicked in the eighth with a solo shot to bring Westmont back into a pair.

After a two-out double from David Martinez that put the runners up for second and third, Westmont’s Luke Tillitt made his collegiate debut in a position with a chance to tie the game. Unfortunately for the Warriors at home, Tillitt went down to end the inning.

Westmont’s Aidan Holly allowed another insurance run to score when he fended off a home run in the ninth, which again proved key when Finn Snyder opened up the bottom of the ninth with another solo shot to bring the club back in two.

“Final score aside, I think our bullpen did a good job,” Ruiz said. “When you follow a performance like Peck, it can be tough to come in and continue that success. Gabe came on and scored a huge zero in that sixth inning, then in the seventh he was ‘baseballed’.

“Carlos and Aidan were both close to having clean outings, but it’s the first day against a good team and they competed well.”

Westmont chained his most bat-resistant in the bottom of the ninth after Snyder’s homer. After Haw was robbed of a single by a diving catch, Reid and Renck kept the line moving with two outs to bring up the heart of Westmont’s lineup, representing the winning run.

After Thomas Rudinsky worked a full walk, Josh Rego found the bases loaded and two outs in a 5-3 game. On a 1-0 pitch, Rego pounced on second baseman AJ Davis, and Westmont’s rally officially fell through in the season opener.

“I think there were times when we could have been more on time with the fastball,” Ruiz noted, “but I don’t want to take anything away from our hitters. They’re some of the best weapons that we will see throughout the year.

“From my point of view, we just have to do a better job of creating more attack. I think we’ll have a pretty dynamic offense when it’s all said and done, but today we were just one swing away.

The club will resume action tomorrow at 2:00 p.m. when they host Saint Katherine at Russ Carr Field.